Chance the Rapper: The voice of public education in Chicago

Chance the Rapper: The voice of public education in Chicago

When we talk about Chance the Rapper, we may be referring to a truly independent artist.

By choosing not to run by any record label and to share his music without any cost, Chance revolutionized the industry and put his “Coloring Book” album on top of the Billboard chart solely from streaming. 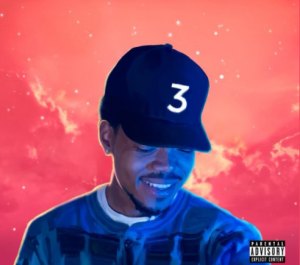 “Coloring Book” won three Grammys and worldwide praise and afterwards Chance took his material to new horizons, as he decided the profits would go directly to funding education in his native Chicago, who saw in 2016 its deadliest year, with over 760 homicides, the biggest number since 1996.

Public schools in Chicago have been offered a US$1 million donation alongside with a US$2.2 million grant program plan which aims to double investments for Chicago public schools.

Throughout his career, Chance has worked on bringing Chicago’s educational woes to the attention of government officials and society as well as empowering the city’s youth.

Education is priority for the artist, as he has stated that “funding education is the most important investment a community can make.”

Chance: A man with a Plan

As part of his plan, he aims to put teachers and parents in a position where they can succeed and helping kids venture where their imagination and capabilities can take them.

He has also said he plans on 2018 to organize the Twilight Awards, where teachers, parents, principals and students that convey leadership will be acknowledged and recognized among peers and community as a way to promote talent.

Public schools in Chicago see in Chance the Rapper an important spokesman for a brighter future in education for the city, who looks to escape the violent landscape that has kidnapped its citizens.

“If you put effort into something and you execute properly, you don’t necessarily have to go through the traditional ways.”