The fundamental drivers of renewable energy growth in 2018 are poised to continue in 2019, but there are also trends coming into sharper focus.

By Atta Tarki and Jeff Weiss

In 2018, the US renewable energy sector remained remarkably resilient, gaining ground despite uncertainty about the effects of federal tax reform legislation and a spate of new import tariffs. Output from utility-scale wind and solar capacity topped 8% of total US electricity generation through the third quarter of 2018, compared to 7% for the same period in 2017.

We see the fundamental drivers of this growth as poised to continue in 2019, but we also see three trends coming into sharper focus that are likely to shape renewable growth in the coming year. These include:

Some of the core fundamentals that drove growth in 2018 were declining costs of wind and solar generation, advances in battery storage technology, and grid operators’ growing expertise and expanding toolset for integrating intermittent renewable power into the grid. And, perhaps most significantly, there was robust demand from most market segments.

Utilities demonstrated strong “voluntary demand,” as opposed to the demand driven by policy mandates we’ve seen in the past. Voluntary procurement represented 52% of utility-scale solar projects in development and 73% of projects announced in the first half of 2018. This demand was partly driven by corporations’ rapidly growing appetite for renewables. As of mid-October 2018, corporations had purchased nearly 5 gigawatts (GW) of renewables through a variety of procurement routes.

Demand from consumers was also robust in 2018, and the findings of the Deloitte Resources 2018 Study demonstrate some of the sentiment behind these trends. More than half of all residential survey respondents (53%) indicated that it is extremely or very important to them that part of their electricity supply come from renewable sources, trending upward since 2013. And about half (48%) of business respondents are working to procure more electricity from renewable sources. 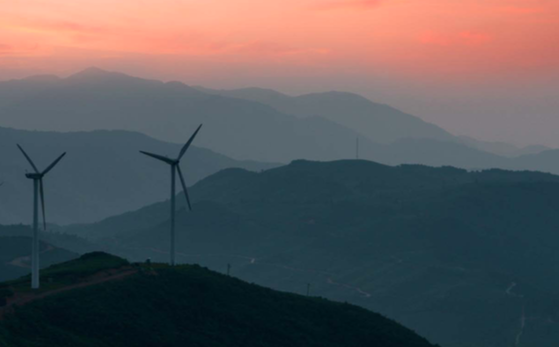 New and renewed policies and initiatives at the local, state, and federal level will likely boost renewable growth in the coming year. Over the past two decades, nearly 50% of US wind and solar development was driven by state mandates, especially renewable portfolio standards (RPS).

Today, half of the states with RPS targets are poised to reach them by 2021, and several are mulling an increase. A few are even targeting 100% renewables. For example, Hawaii set the ball rolling with its “100% by 2045” target, and California followed its lead with the same goal. Washington, DC and Michigan have also recently been considering a 100% goal. At the same time, several other states such as Vermont, Massachusetts, Connecticut, and New Jersey, while stopping short of 100%, have significantly increased their RPS targets.

Recent municipal initiatives are also likely to promote renewable growth. For example, as of December 2018, mayors of over 200 communities in the United States had adopted goals to transition to 100% renewable energy community-wide no later than 2035. And programs such as community choice aggregation (CCA), which bring residents, businesses, and municipal accounts together to procure energy, are increasingly driving renewable growth and new business models with community solar developers.

Put simply, strong demand and renewable development at the state, municipal, and community levels are ushering in growth and opportunities, which may well provide a strong cushion against any potential federal and trade policies impacting the competitiveness of renewables.

Renewable procurement and project investment are expanding among current buyers and spreading to new groups such as smaller companies, oil and gas companies, and asset management firms.

Corporations are continuing to procure increasing volumes of renewable energy, driven by sustainability goals and a growing variety of procurement options. As of early December 2018, 156 corporations across the globe, including many headquartered in the United States, had committed to achieving 100% renewable power as part of the RE100 campaign.

To date, 23 green tariffs in 17 states have been proposed or approved to facilitate US corporate renewable procurement. That may have contributed to the record-breaking 4.96 GW of wind and solar capacity US corporate buyers purchased in the first 10 months of 2018. And that number excludes on-site renewable generation capacity, another notable way that corporations are pursuing their renewable energy goals.

As corporate procurement expands, smaller companies are beginning to enter the renewable market, with support from established corporate buyers such as those in the technology sector. Larger companies are joining with smaller companies to develop new wind and solar projects. One global technology giant designed a procurement instrument to reduce weather-related risks from renewables, making them a safer investment for “small” corporate buyers. And some large corporations have also started imposing sustainability standards on their supply chain participants, a trend that brings more companies into the market and is expected to grow in the future.

Climate change, corporate social responsibility, falling renewable costs, and the drive to diversify have renewed many oil and gas companies’ interest in the renewable energy sector as well. Several companies have increased renewable investment in the last two years, including investment in wind and solar energy projects and companies. Royal Dutch Shell, for example, allocates $1-2 billion annually to new energy solutions and acquired a 44% stake in solar developer Silicon Ranch, following earlier investments by BP in Lightsource and Total S.A. in SunPower. Oil majors may also find opportunities in areas where their expertise can help them succeed, such as offshore wind and ultra-large tenders for solar PV.

Finally, asset managers have started compiling portfolios of distributed commercial and industrial renewable projects, as well as community renewable projects. These portfolio projects provide an opportunity to manage transaction costs thus allowing them to increase the size of investments. Goldman Sachs, for example, acquired a portfolio consisting of 76 distributed solar energy projects across 143 sites with a total capacity of 204 megawatts (MW). In another transaction, Massachusetts-based BlueWave Solar sold a portfolio of community solar projects with a combined capacity of 24 MW to Goldman Sachs.

Looking forward, new digital applications that could promote or facilitate renewable growth are emerging across the electricity value chain. Many of these are at the distribution level or even behind the meter—such as enabling peer-to-peer renewable energy trading, tracking the provenance of renewable energy certificates, or paying for electric vehicle charging through blockchain technology. For example, Australia’s GreenSync launched the Decentralized Energy Exchange (deX), a digital marketplace that, in addition to supporting the grid, connects millions of distributed energy resources to existing markets.

As solar-plus-storage installations gain traction, so ware platforms that enable aggregators to pool these resources and use them to offer grid support services in wholesale markets will likely gain popularity as well. Companies like Sunrun offer a comprehensive energy so ware platform that incorporates solar, storage, and home energy management systems. They are working with utilities and organized energy markets to determine how these assets can be aggregated to provide ancillary services to support the grid.

Unlike previous renewable sector innovations based largely on material and design improvements, these innovations will enable the renewable sector to open new business and revenue models based on integrated data and platform analytics. Developers can build end-to-end renewable analytics-based platforms that can enable optimization of grid assets, and they can partner with utilities to provide customized services to customers.