Foreign men more likely to be employed in the US: OECD

Foreign men more likely to be employed in the US: OECD

Foreign-born men are more likely to be employed in the US than natives.

By Tomás Sarmiento, who is an Editor for Chief Executive Officer North America

Foreign-born men are more likely to be employed in the US than natives, but the ratio has become lower for both population groups in recent years, according to a study published this year by the Organization for Economic Cooperation and Development (OECD). 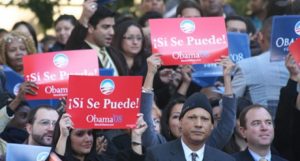 Foreign-born men are more likely to be employed in the US than natives. Photo credit: Truth And Action

Foreign women, the study showed, trail American-born ones in terms of employment ratio.

The OECD’s International Migration Outlook for 2017 presented statistical data that showed that the employment to population ratio of foreign-born men averaged 78.9 between 2010 and 2014, a reduction from the ratio of 82 reported between 2005 and 2009.

Native-born Americans, however, trailed by almost 10 points at 69.1 during the four years to 2014, the study showed.

A harder landscape for foreign women

Foreign women had it tougher than locals, the study proved. The average ratio of employed women was 62.3 for those born in the country for the 2010-2014 period, while the foreigner females’ ratio stood at 57.2.

President Donald Trump has made tougher migration laws a cornerstone of his legislative agenda and recently repealed the Deferred Action for Childhood Arrivals (DACA) law, protecting the offspring of undocumented immigrants from deportation. He has also promised to build a wall between the US and its southern neighbor Mexico, the largest source of immigrants to the country.

The report said that close to 15 percent of all migrants arriving in the US during 2015 came from Mexico, followed by China with around 7 percent and India with around 6 percent.

The out-take on non-born U.S. students

Non-born U.S. students are strongly contributing to the creation of new jobs and better education in the U.S.

About the Author: Tomás Sarmiento