The new life of video

The new life of video

The challenges around Internet video will be more complex and demanding with the widespread use of 3D, Ultra High Definition (UHD), augmented reality and virtual reality (VR, also for its acronym in English). 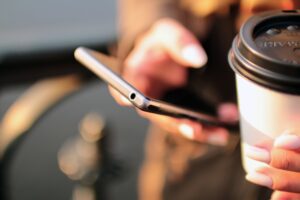 The current video landscape is being transformed by the confluence of
technological innovations and consumer behavior shifts.

Projecting through cell phone has shown accelerated growth rates in LTE networks and is expected to grow to more than 6 exabytes of data by 2020, meaning a 46% growth year-over-year.

As technology adoptions grow, video in the palm of your hand will represent 79% of all mobile traffic for that year.

Bruce Woolley and The Camera Club released the song/video “Video killed the radio star”, referring to the death of radio as video became a stronger tendency. Little did they know the song remains the same, but with a different name.

“Smartphones are already the favorite screen among the ‘three screens’ for viewing various types of productions,” said Chris Pearson, President of 5G Americas in the study conducted by this association.

Although the screen is small, the consumption of mobile video is becoming an important part of the changing television landscape.

In the study, it is perceived that 25% of the respondents saw more than 2 hours of video on their smartphone every weekend.

Another relevant fact is that 30.6% of millennials said they saw more than 2 hours of video per week, while 11.7% saw more than 5 hours per week and were more likely to use their data connection while doing so.

Operators already adopt a “mobile first” strategy to reach millennials who are twice as likely to watch videos on their mobile devices than on a television.

Despite the increasing amount of premium content available for mobile devices, short uploads and user-generated content are still popular.

About the Author: Fernando Lincona