Tesla’s new market value of US$183 billion means Elon Musk’s brand has overtaken Toyota as the most valuable automaker in the world.

After closing at a market capitalization of $184 billion in mid-June, $4.3 billion above Toyota, Tesla, the company founded by Elon Musk, has become the world’s most valuable carmaker.

Tesla, the Palo Alto, California-based maker of electric cars produced 103,000 vehicles in the first quarter of 2020, or about 4% of the almost 2.4-million made by Toyota. The announcement comes after CEO Musk told employees it was “time to go all out” and put its Semi truck into volume production.

According to Statista, over the past 12 months, Tesla’s share price soared by nearly 350 percent, reaching a valuation of more than seven times its 2019 revenue. To put that in perspective, Toyota is currently valued at around 0.6 times its annual revenue, which is why many people consider Tesla hopelessly overpriced. Looking at delivery/sales figures seemingly supports such claims. While the market leader in electric cars delivered less than 400,000 cars in the 12 months ended March 31, Toyota sold nearly 10.5 million vehicles during the same period, about ten times as many as Tesla has built in its lifetime.

Forbes recently explained the swift success of Tesla in an article titled “How Did Tesla Become The Most Valuable Car Company In The World?”, which starts to explain how Tesla’s stock price has continued to brake records. You can catch some of its highlights via Clean Technica.

Tesla, while successful, is nowhere near as large or as stable as Toyota, or Ford, or any of those other companies. Investors do not care. It’s the future that matters to them, and for them, Tesla looks just like that.

This, The Verge adds, comes as at least six Tesla employees have tested positive for COVID-19 in California since CEO Elon Musk reopened the company’s facilities there last month — initially in violation of stay-home orders, and then with the blessing of local officials — according to new reports from The Washington Post and Electrek.

It’s still unclear how many have tested positive for COVID-19 since the outbreak began. The company has not shared that information, and — like other automakers — is not actively testing its employees in the US as part of the return-to-work guidelines it published last month. Instead, Tesla is putting the onus on its workers to get tested if they feel symptomatic or believe they’ve come in contact with someone who has COVID-19. 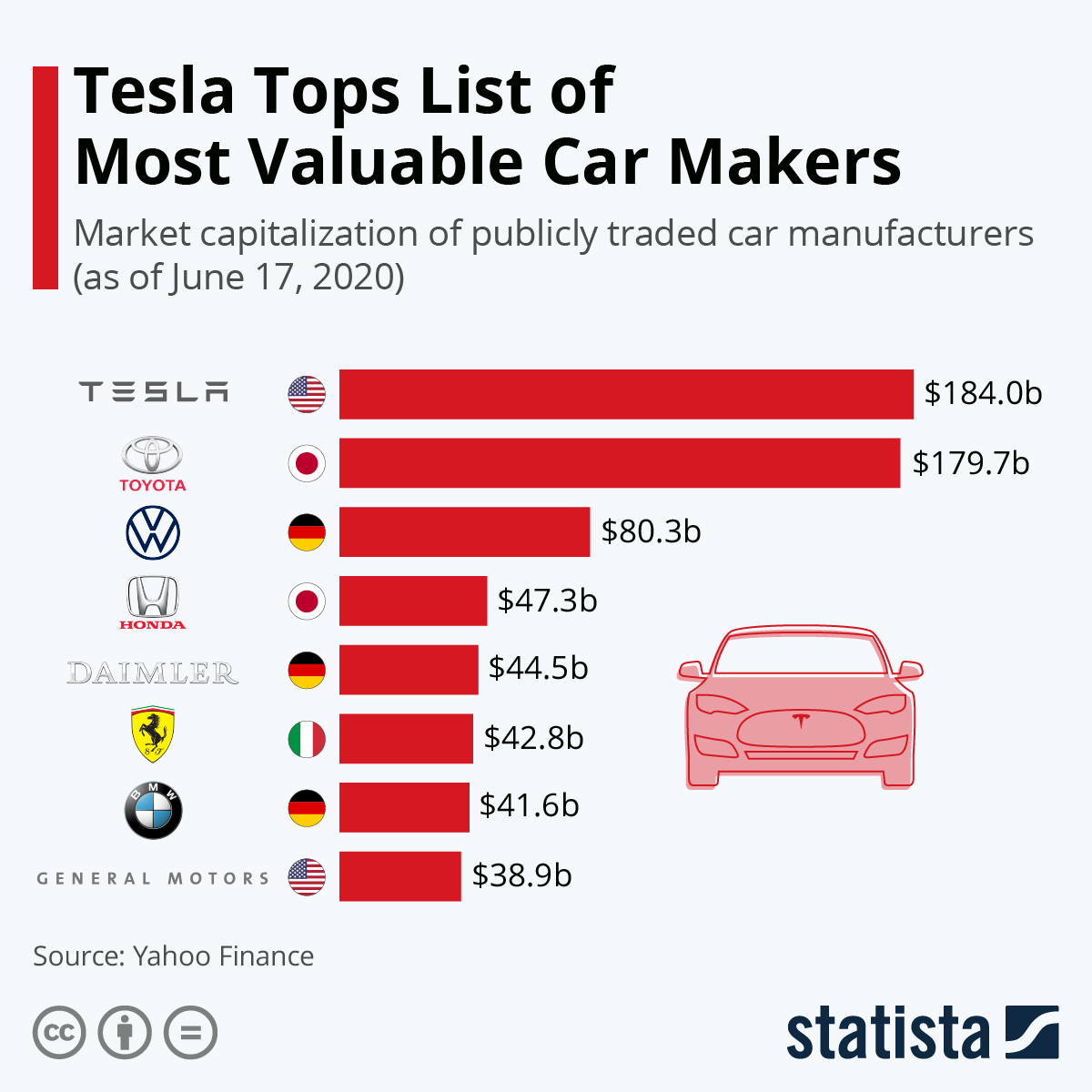