These are the facts and figures behind the finances of the Champions League teams.

Editor’s note: This article was published not considering the UEFA Champions League 2017–18 season.

The 2016/2017 season witnessed some historical on-pitch achievements, with the usual suspects and few newbies sitting at the table of the European champions. La Liga winners Real Madrid CF confirmed their status as “most successful football club in the world,” capturing back-to-back UEFA Champions League titles for the first time in the modern era against Juventus FC. 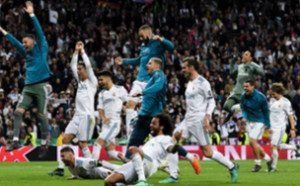 Real Madrid confirmes their status as the most successful football club in the world, winning back-to-back Champions League for the first time in modern times.

The Bianconeri did not abdicate their domestic dominance, however, lifting their sixth consecutive Serie A title, but fell short of the biggest prize for the second time in three years.

As new entries in our report, FC Spartak Moscow, representing the biggest European country by population, and Feyenoord Rotterdam, celebrated a long-awaited triumph in the Russian Premier League and Eredivisie, respectively. However, the headline story of the past football season was undoubtedly the Ligue 1 triumph of AS Monaco FC, who were capable of emerging as champions after 17 years against all the odds; the Monegasques’ domestic campaign, with the addition of an impressive Champions League ride until the semifinals, was the umpteenth demonstration of how a well-coached club can overachieve even in the least foreseeable circumstances.

Football is a growing business, and the trend is con rmed by the fact that all the clubs but two (FC Bayern München and FC Basel 1893) increased their operating revenues year-on-year in local currency. The Spanish giants are the richest champions with total revenues of EUR 671 million; however, considering year-on-year growth, AS Monaco FC make the headlines again with an impressive 86 percent increase, followed by Scottish side Celtic FC (52 percent). Participation in the top-flight UEFA competition massively impacts not only the broadcasting segment, but also match- day (due to more fixtures being played at home) and commercial revenue (from sponsorship bonuses). Unsurprisingly, AS Monaco FC (45 percent) and Celtic FC (30 percent) are also the two clubs with the highest “UEFA-dependence” in our report.

Digitalization is gaining relevance year after year, with football clubs trying to reach out to fans from all over the world in a “think global–act local” strategy, engaging them with tailored content, behind-the-scenes news, and rewards programs. e social media follower base’s ranking is topped again by Los Blancos, being the most followed club on social media with almost three times as many followers as second-placed Chelsea FC. On the other hand, some football players show staggering figures, as their social media reach is sometimes even bigger than that of the club for which they ply their trade: a phenomenon true for Cristiano Ronaldo (Real Madrid CF), James Rodríguez (FC Bayern München), David Luiz (Chelsea FC), Falcao (AS Monaco FC), and Pepe (Beşiktaş JK).

One of the main challenges affecting football clubs in recent years has concerned the sustainability of their business. Despite eye-catching transfer deals and spiraling staff costs, the industry is headed towards a direction where profitability is the key to success; indeed, all the European champions included in this report recorded after-tax profits at the end of the 2016/17 season. In this scenario, clubs excelling at player development and trading are likely to have a competitive edge.

Juventus FC, Chelsea FC, and SL Benfica represent the three best examples in this regard, as profits made on the sale of players such as Pogba, Oscar, Gonçalo Guedes and Lindelof, respectively, played a fundamental role in securing a bottom-line pro t at the end of the financial year. On the other hand, Real Madrid CF and FC Basel 1893 are the only clubs that saw a drop in their bottom-line results. While for the Swiss champions the main reason can be attributed to lower proceeds from player trading activities, for the Merengues the quadruple of trophies caused a significant rise in recruitment costs (32 percent).

Click here to read on the difference of prize money between UEFA Champions League winners and Europa League champions.