A design studio in Los Angeles has created a post-pandemic wardrobe for concertgoers.

Leaded by Miguel Risueño, head of inventions, Production Club has designed a spacesuit, no, not to accompany Elon Musk’s newborn son, X Æ A-12 Musk, into space, but rather to go to a concert.

The suite, named Micrashell, and something straight out of  a Daft Punk concert, has a ventilation system that keeps others safe from viruses, providing some peace of mind when you’re shoulder to shoulder in crowded bars, venues, and concert halls. Risueño’s team has ensured that the ventilation system will work like any other N-95 respirator, this because it is a work realized in partnership with the National Institute for Occupational Safety and Health (NIOSH).

This idea of innovation began when Risueño noticed spring breakers in Miami were partying despite rising cases of COVID-19 and countrywide lockdowns across the globe. He first thought of his grandmother, and the rest of the world’s at-risk population, and then about how canceled shows and concerts for the foreseeable future. Risueño wanted to create something that could support both the public and the people in the music industry who have lost their jobs, and that is how the Micrashell was born.

According to Popular Mechanics, the LA design studio went through 15 prior iterations of the suit with varying colors and materials before settling on the final look and feel. It’s meant to be loud and cheerful with the neon colors, Risueño says. The suit itself is airtight, but only conforms to the top half of your body so you can still wear something you like—and still hit the restroom in between sets. Cut-resistant fabric is intended to make the sanitizing process a breeze, and two lithium-ion batteries keep your phone with great battery all day. 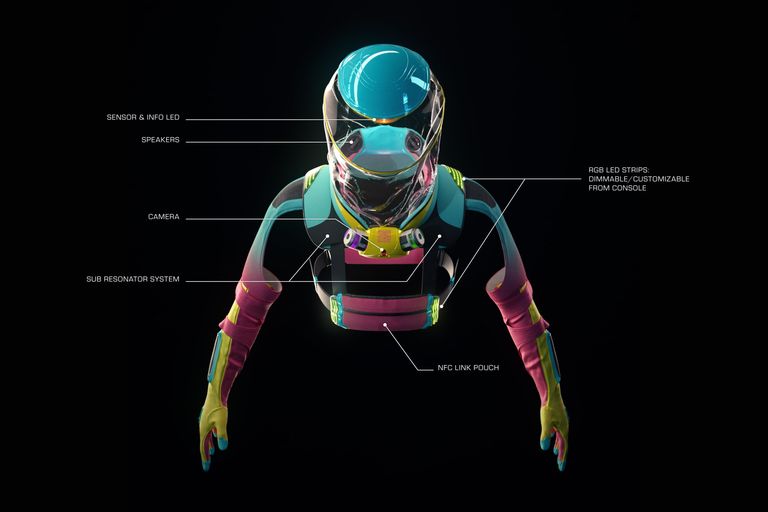