The self-piloting Volocopter realized its very first trials on Monday.

An autonomous, flying urban taxi practiced its first flight in Dubai in perks of what may be a major transportation shift. 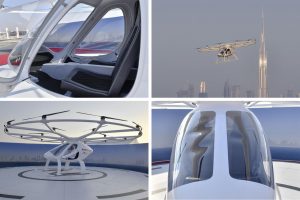 The flight of the all-white Volocopter, which has a smaller and less noisy presentation than a helicopter, lasted about five minutes near the Jumeirah Beach Park to then land gently on the heliport where witnesses stood.

Sheikh Hamdan bin Mohammed bin Rashid Al Maktoum, Crown Prince of Dubai, was present at the event, where he stated innovation and the adoption of new technologies are what contribute to Dubai´s development.

German made, the vertical landing and takeoff drone needs two hours of charge to fly for approximately 30 minutes at roughly 60 miles per-hour.

With capacity for two passengers and a 6.5 foot top, this drone aspires to lead the major transportation shift in Dubai that seeks to have 25% of passenger trips be done with driverless vehicles by 2030.

As for its security measures, the Volocopter has propellers, flying controls and parachutes for emergency landing, as well as battery systems and top-of-the-class technology as the first model is set to be on the market in 2018.

The future of autonomous, starting with Dubai

Dubai is ranked as one of the most complicated cities considering traffic, however, innovations like these aspire to rescue the cities future considering less car-time for its citizens.

Although the future is already imagining a taxi-drone-automated service, safety measures, determined routes and app clarity for pickup requests must be determines so the Emirates Road and Transportation Authority and the Autonomous Air Taxi (AAT) can approve the limited flight of the drone.

Autonomous technology is emerging, and with it, drone technology like never before. 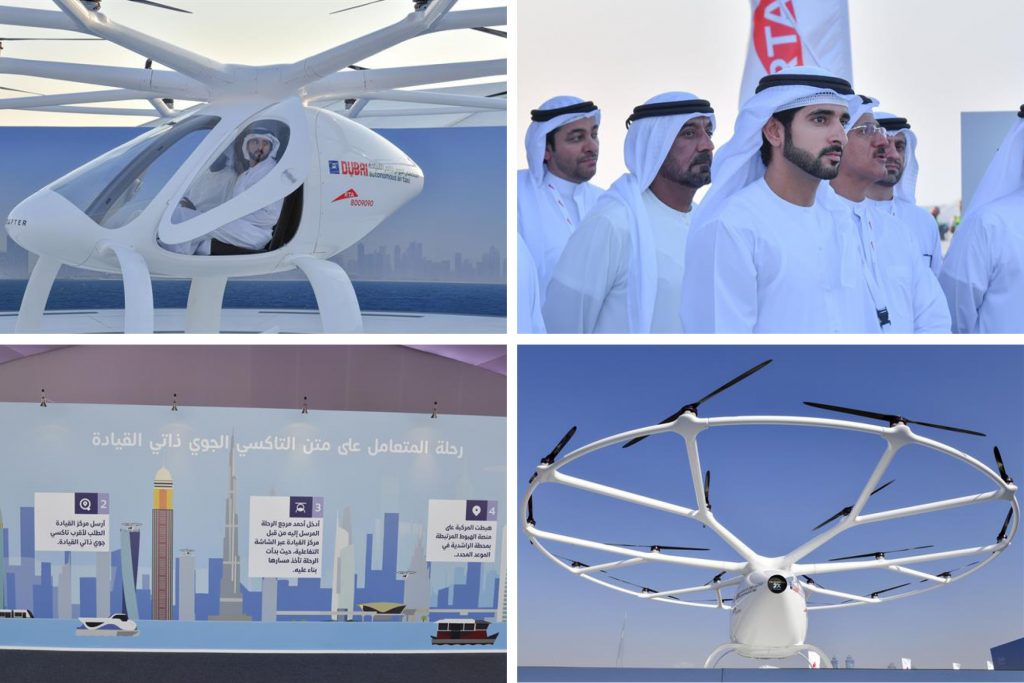