Nike released a video imploring viewers not to “pretend there’s not a problem in America,” and inspired other companies and brands to follow, and later face backlash for hypocrisy.

While protests occurred in large and small US cities following the killing of George Floyd in Minneapolis after a white officer pressed a knee into his neck while taking him into custody, Nike released an ad imploring viewers to not to “be part of the change,” and not to “pretend there’s not a problem in America.”

The simple video, on which Nike worked with its longtime agency Wieden + Kennedy Portland, shared on Twitter, contains lettering that begins, “For Once, Don’t Do It… Don’t pretend there’s not a problem in America… Don’t turn your back on racism.”

It has had over 6.7 million views up to Monday afternoon. Nike’s athletic apparel rival Adidas also shared the video.

This isn’t the first time that Nike has taken a stand on social issues in America.

“Nike has a long history of standing against bigotry, hatred, and inequality in all forms,” a Nike spokeswoman said in a statement, according to AdAge. “We hope that by sharing this film we can serve as a catalyst to inspire action against a deep issue in our society and encourage people to help shape a better future.”

The killing of George Floyd — who has become only the latest victim in a recent string of killings of African Americans at the hands of police officers and other would-be authority figures —has certainly impacted President and CEO John Donahue, who has confessed to employees through an internal memo that he “can’t stop thinking about the individuals impacted,” listing several people of color to die under controversial circumstances or face blatant racism in the U.S. in recent weeks, “Ahmaud Arbery. Christian Cooper. Breonna Taylor. George Floyd.”

According to Footwear News, the message delivered by Donahoe, who was appointed to Nike’s top post last year and succeeded longtime chief Mark Parker, is not dissimilar to a message sent by Parker in 2016 when Nike threw support at former San Francisco 49ers quarterback Colin Kaepernick after he gained attention after protesting police brutality against African Americans by “taking a knee” during the national anthem. Two years later, the company also launched its “Dream Crazy” campaign in 2018 for the 30th anniversary of “Just Do It” and made Kaepernick as one of its spokespeople despite boycotts. Nike stood by its decision; sales and shares rose, and now, the sports giant seems to be two years ahead of its time.

It seems that silence or neutrality will not go unnoticed among brands. 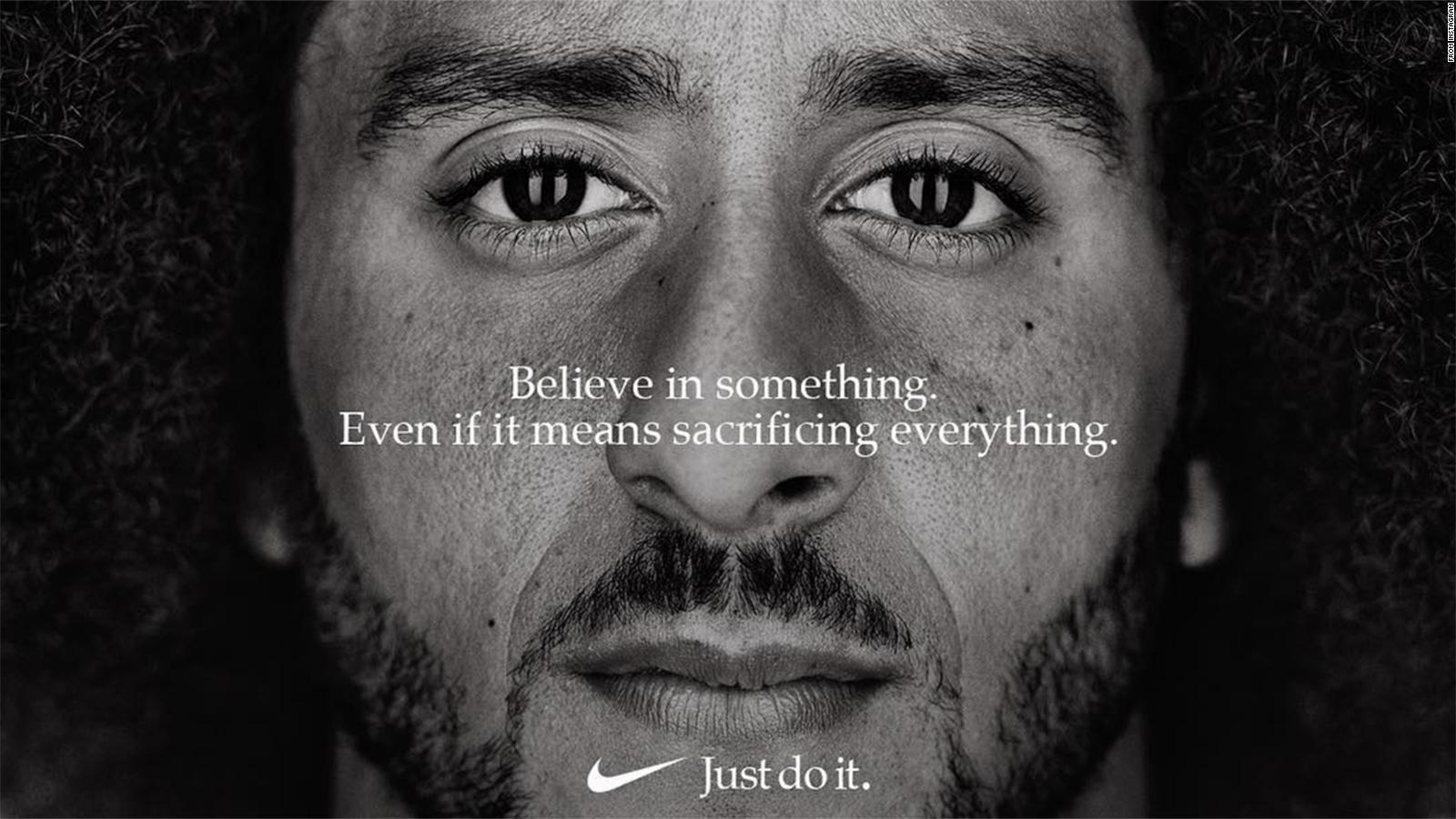 “I’ve been asking myself how to respond during times like these, both as a citizen and as a member of the Nike family,” Donahoe wrote. “This is a place where we want to bring our complete selves to what we do, working on behalf of three brands — Nike, Jordan and Converse — that stand for the human spirit. And yet I know in recent days many of us have been experiencing feelings of heavy grief as we work.”

“Let me be as clear as I can: Nike is opposed to bigotry. We are opposed to hatred and inequality in all its forms, indirect and overt. While Nike cannot solve injustice, I believe we have a responsibility to work toward addressing it to the best of our ability. What we can do is inspire and empower ourselves and others to action – and try to help shape a better society by serving as a beacon of hope and resilience.”

Other companies followed… not all were praised

In the wake of the death of George Floyd, Outlook India reported that major Hollywood studios issued statements on social media supporting the Black community and the Black Lives Matter movement.

Streaming giant Netflix said it was important to speak up right now. Amazon said the brutal treatment of black people in the US needs to stop, while HBO changed its Twitter handle name to #BlackLivesMatter. Paramount Pictures turned to microblogging to condemn acts of racism and senseless violence against the Black community. Disney, Warner Bros, and The Academy of Motion Pictures have also taken social media to express their sentiment.

Speaking out on social issues is often a calculated decision, a form of “values and identity-driven targeted marketing,” said Americus Reed, a marketing professor at the Wharton School at the University of Pennsylvania to Tiffany Hsu at The New York Times. By aligning corporate values with what customers care about, companies are hoping to build a sense of loyalty and a deeper sense of personal connection, he said. “There’s a general trend toward executives in the C-suite being called out and pressure-tested by consumers who want to know where they stand — there’s an opportunity to differentiate not just on function, on what’s a better mousetrap, but on values,” he said. “It’s smart — they’re taking a stand, hopefully, because it’s moral, but also because they understand the long-term economic game.”

“Your hypocrisy knows no bounds,” wrote Sleeping Giants, a media watchdog group, in a reply to YouTube that echoed a similar complaint against Twitter. “As a platform that has done its very best to avoid having to remove any videos from racists, white supremacists and hate mongers, you should be ashamed of even tweeting about this. Too little, too late.”