Supporting the global economy through transformation of technology

Supporting the global economy through transformation of technology

As someone at the forefront of technology transformation, Senior Vice President of IBM Global Technology Services (GTS) Martin Jetter understands that the entire global economy relies on the quality of service that his company provides. GTS considers itself the company that designs, builds, and operates the IT infrastructure that the world’s economy depends on to do business, and Jetter is responsible for ensuring that things keep running smoothly.

“Let me give you a very simple example,” he says. “When you pick up your smartphone, you don’t necessarily care where the server is located, about the security of the apps. You do not accept that it could go down, and geographically you don’t care if you are in New York, Berlin, or London. You need it to always be available. At GTS, we ensure that the critical infrastructures on Planet Earth work 24/7 and people can always depend on the very same service quality wherever they are.” 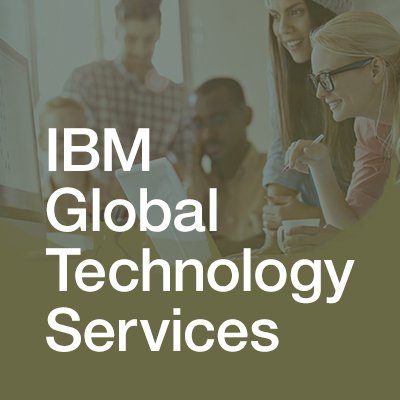 In the case of business clients, it is a huge responsibility. Operating in no fewer than 170 countries, 120 of GTS’ largest clients represent a staggering 77% of foreign exchange transactions. According to IBM’s estimate, their services support clients that are collectively responsible for 22% of worldwide insurance premiums, 86% of daily credit card transactions and 50% of hypermarket sales worldwide, and their presence is rapidly increasing in the realm of mobile connections and the automobile and airline industries.

Yet the nature of the industry is such that the company has had to constantly evolve and in- novate, most recently shifting from a Systems Integrator to a Service Integrator model and forming a number of key global partnerships. is willingness to adapt, along with its renowned leadership and operational excellence, has enabled GTS to maintain its extraordinary commercial success, yet Jetter insists that amid the incredibly complex technology, at the heart of GTS’ success is people.

“I’m a very strong believer that people make the change, people make the difference,” he says. “So when you transform, you have to have a very clear view of what you’re going to do, you have to incorporate your people and do it in a way in which people understand where you are heading.”

Among the experiences that have shaped his leadership style, Jetter cites his background in education and engineering as key to his ability to recognize and solve problems.

“From an educational background, I’m an engineer, so I learned how to work out structural problems in a clear way very early on,” he explains. “Later, my career was very much influenced by the fact that I was asked if I was willing to go abroad.”

Born in Germany, Jetter graduated from the University of Stuttgart with a Master’s degree in Mechanical Engineering and started to work for IBM Deutschland as an application engineer in 1986. He became manager of the industrial sector of IBM Central Europe in 1999 and was later Country General Manager of both IBM Germany and IBM Japan.

The IBM takeover by Martin Jetter

Jetter took over as SVP of GTS in January 2015, receiving notice of the promotion on his birthday. “I was in a press interview in Tokyo and my Japanese secretary came and passed me a pocket card to give me the news. Quite frankly, it turned out to be an incredible opportunity to contribute to the IBM company, to take the single biggest segment of IBM to the next level of performance.”

Since Jetter took over, GTS has seen ten consecutive quarters of backlog growth and in the fourth quarter of last year alone signed sixteen new con- tracts each exceeding $100 million in value.

“We have about 10% market share and we have twice the size of our nearest competitor, so this is big-scale business,” Jetter says.

“In the old days, it was a ‘break-fix’ business,” says Jetter. “Until the technician arrived with the spare parts, nothing could be done. In the new world we still do that, but now, using advanced analytics, we’re able to take that data and establish patterns, or indicators, to accurately predict when something is going to go wrong. We’re now able to arrive at a client saying, ‘we know the machine is going to fail, so we’re going to fix it before it does’ and the client doesn’t see one minute of downtime.”

“As the world moves more and more into a hybrid cloud environment, you need to be able to do this because the infrastructures are getting more complex rather than simplified,” he adds. “We are not biased towards a single cloud model. We can build and run a private cloud, we can build a public cloud and anything in between. We were very clear from the beginning that the hybrid cloud will be the environment most often used.”

This has enabled GTS to form key global alliances that has seen them pull away from the pack as market leader in information technology services.

“Some of our competitors came to us and basically handed over their infrastructures to us so that we manage them and transform them,” Jetter explains. “For example, we have taken over the entire hosting network of AT&T. We had this very famous example of a company by the name of Evry which was a competitor to IBM in Norway, which came to us supported by a private equity company and we have completely transformed the infrastructure, built a hybrid cloud environment and out of a fairly competitive relationship a partnership has emerged.”

Furthermore, as world-class companies operate with a variety of hardware and software, GTS has moved to be a one-stop shop for firms seeking technology services. To this end, last year IBM GTS merged its Strategic Outsourcing and Integrated Technology Service units, creating a new unit called Infrastructure Services to support all the infrastructure needs of its clients.

In addition, their maintenance services are moving forward with multi-vendor support services. “We are supporting about 30,000 products, software and hardware, many of which are not from IBM,” says Jetter. “So for example, if you are a retail store point of sale, if you have printers from company A, networking gears from company B, you have screens from C, PCs from D, we tell the client, ‘you know what?, call one number.’”

“We are going from a general-purpose, idea-oriented service provider environment to a more industry-aligned environment,” Jetter says.

A handful of key global alliances are essential to IBM GTS’ success, including longstanding and productive partnerships with AT&T, Cisco and Citrix. Jetter describes GTS’ relationship with AT&T as one of the tech industry’s “most powerful one-two punches.” GTS’ also works closely with Cisco to develop collaborative, innovative support solutions and are currently working to expand GTS’ Watson AI support technology to Cisco devices. Meanwhile IBM and Citrix have enjoyed more than twenty years of close partnership with the former a Strategic Partner in the Citrix Global Alliance Partner program and a Citrix Global Systems Integrator.

On GTS’ partner program, Jetter says: “We have long-lasting relationships with our partners. I would say the largest one in volume and importance is our networking partnership with AT&T. When you embark on an eight or nine-to-ten-year partnership with a client, you don’t want to be switching out partners every day.”

“We have a preferred list of partners because we know their quality and their value systems are very compatible with ours, primarily in customer service which is the number one priority,” he adds. “We are trying to align quality standards.”

To get a sense of the size, scope and significance of GTS’ services, consider that the company operates more than 530 petabytes of storage and over 2,000 mainframes worldwide, 300 IBM data centers in nearly 70 countries, manages over 200,000 network devices and offers more than 30,000 IBM and non-IBM products, along with 535 parts centers. IBM Cloud and Security became the separate Integrated Business Units (IBUs) in 2015, but continue to partner closely with the company to deliver client services. Recent client agreements by GTS include US’ educational technology company Blackboard, Japanese steel company JFE Steel, India’s leading hospital chain Max Healthcare and Emirates Airlines, with whom GTS signed a ten-year, US$300 million technology services accord in June of 2016. Last November, the company acquired Sanovi Technologies, an Indian company that provides hybrid cloud recovery, cloud migration and business continuity software for enterprise data centers and cloud infrastructure.

Yet Jetter still sees further success ahead. “The Watson technology is still a young technology. We have by no means completely leveraged the potential of a cognitive technology services platform,” he says. “We keep our service level agreements and we exceed a level of 99.7%. at is very high. Frankly, none of our competitors are disclosing their rate.”

Again, Jetter attributes this success to a focus on growing skills and talent in an agile atmosphere. “Transforming the mindset of the people is very, very important,” he says, pointing out that he has increased the training budget at GTS by 20 percent each year since he took charge. “You need to augment the capabilities of your practitioners by training them and preparing them for future challenges and giving them tools which allow them to deal with this ever-increasingly complex environment.”

“Take cyber-security, and how in the last five or ten years it has risen among priorities. You have to invest on one hand in people, and on the other hand in tools.”

“First, when you speak with the analyst community they will tell you that outsourcing is dead,” he says. “I think we have demonstrated as being a market leader that this is still a viable business and our offerings are improved. We integrate everything. Second, we transformed GTS’ capabilities to provide service integration as well as systems integration, not only achieving IT outcomes but also business ones. Third, given our global presence and the challenges our clients are facing, through this transformation I do believe that we have become an even more important partner to our clients and future clients around the world.”

“We are not biased towards a single cloud model. We can build and run a private cloud, we can build a public cloud and anything in between”

About the Author: Tomás Sarmiento