60 seconds inside the hyper-connected web

60 seconds inside the hyper-connected web

Many things can happen during one minute, and even more so in 2020, the year that made the world change radically. According to data compiled by Visual Capitalist, just one minute on the internet holds more than 400,000 hours of video streamed on Netflix, 500 hours of video uploaded by users on Youtube, nearly 42 million messages shared via WhatsApp, $240,000 worth of transactions occur on Venmo, as well as 208,333 participants present in Zoom meetings.

When it comes to ecommerce, tech companies like Facebook, Amazon, and Google have had impressive staying power, evolving to become some of the biggest companies in the world, collecting an estimated $1 million spent per minute online, with Amazon shipping an astounding 6,659 packages every minute to keep up with this demand.

Following is the complete chart. 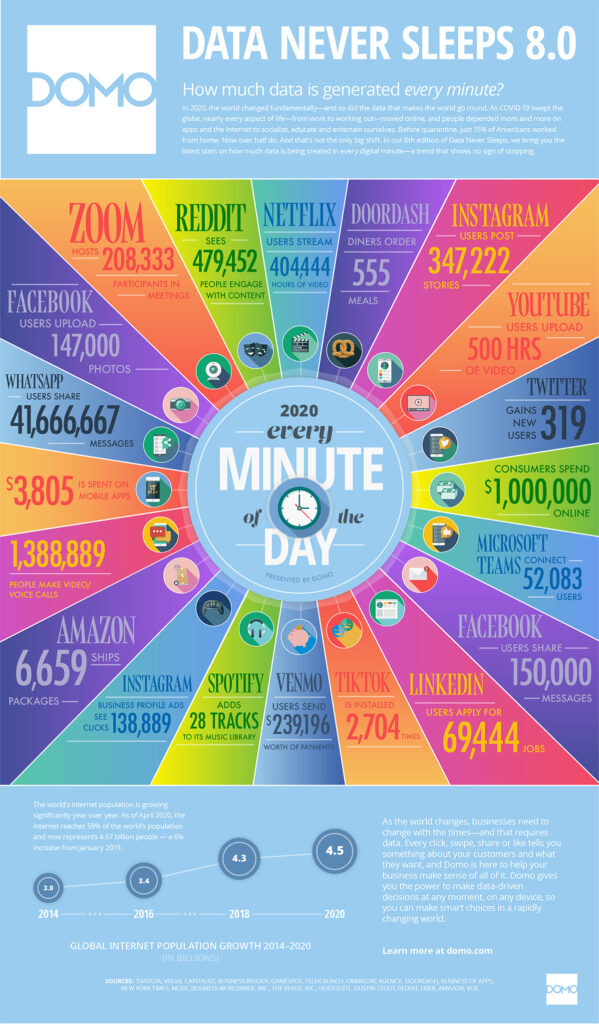