There is an evident gap between men’s and women’s wages.

In an attempt to create public awareness to illustrate this, Equal Pay Day was originated by the National Committee on Pay Equity (NCPE) in 1996, symbolizing how far into the year women must work to earn what men earned in the previous year.

For the occasion, Ipsos MORI has released a study spanning 27 nations which highlights global concerns about equality.

Sweden, Germany and France stand out as the countries where equal pay is seen as an important issue, although it more likely to be mentioned by women than men, particularly in Sweden, Belgium, Chile and the U.S.

Data and charts by Statista. 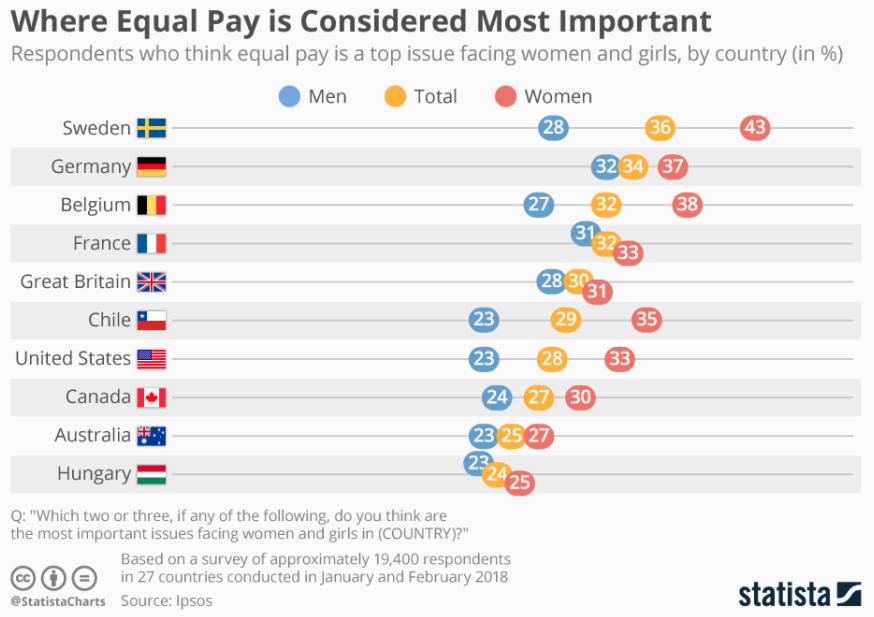