Global wealth is expected to rise.

According to the latest Global Wealth Report, global wealth is projected to grow by nearly 26% over the next five years, reaching USD 399 trillion by 2023.

Emerging markets are responsible for a third of the growth, although they account for just 21% of current wealth.

As a part of other key findings, the report concluded that wealth will primarily be driven by growth in the middle segment of the population however, the number of millionaires is also expected to grow notably over the next 5 years to reach a new all-time high of 55 million.

Women and wealth: Progress has been seen

According to the research, women’s share in wealth rose considerably over the 20th century, and today, they hold around 40% of global wealth, an estimate which is higher than presented in some previous studies, meaning that global household wealth has been more equally shared between men and women.

Factors such as getting more education, pursuing a career, or combining employment with a family life are just some examples that have enabled women to enjoy greater financial independence, earn more, and save more as a result.

However, despite bettering the situation, improvements in women’s wealth situations are not universal, as large gender wealth gaps persist in some regions.

Even in the countries where progress is the strongest, some categories of women – for example, single mothers and divorcees – remain handicapped, according to the report. 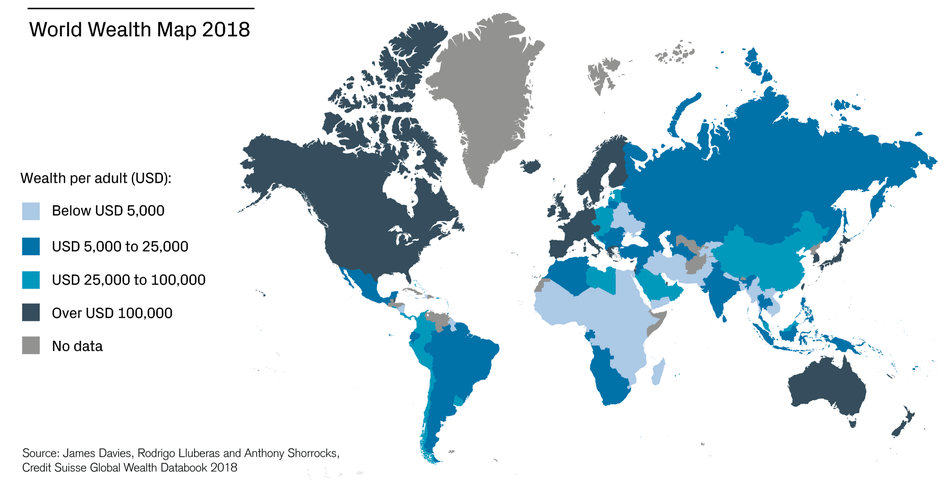