The most important company document of all

The most important company document of all

Netflix’s “Culture” document remains one of the great company documents of all-time.

In 2011, Netflix CEO, Reed Hastings, shared a 127-slide presentation called “Culture”, where the company´s values are explained; to the day it remains one of the great company documents of all-time. 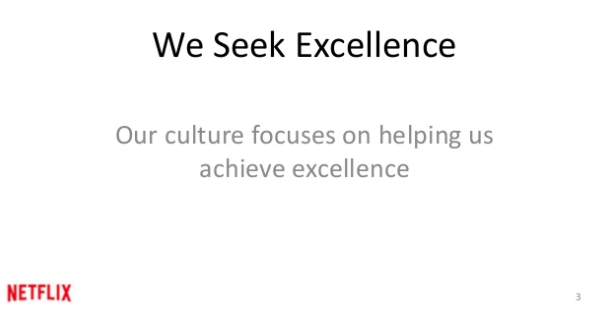 Despite having almost no color or graphics or animations in all 127 slides, the slide-share presentation has been viewed more than 8 million times, been shared more than 20,000, and has had more than 400 comments posted, as it states the values as well as the culture of excellence and perseverance Netflix has adopted since its foundation in 1997 in Scotts Valley, California.

Netflix, who collected over 8.83 billion U.S. dollars in 2016 and employed approximately 4.7 thousand people, of which 4.5 thousand were in full-time, has been a great example of a startup capable of overcoming the odds and transforming into one of the leaders of the digital industry that has conquered a big part of every country in the world.

The string points of Netflix