Leading the recycling industry for 100 years and counting

Leading the recycling industry for 100 years and counting

Under CEO Tamara Lundgren, a focus on operational excellence has been at the forefront of Schnitzer Steel’s success.

When talking about the ups and downs in the steel industry, Tamara Lundgren, CEO of Schnitzer Steel, quotes Alan Greenspan who famously followed the steel scrap business for clues to the health of the economy. 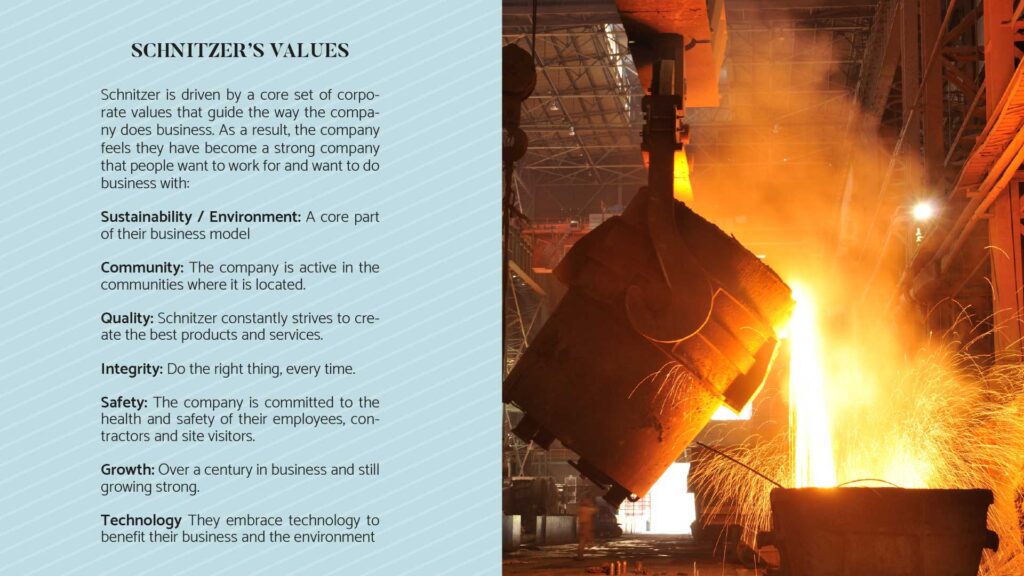 “When he was Chairman of the Federal Reserve, Greenspan used to say that he looked at scrap prices to judge the health of the economy, especially to anticipate a recovery or recession,” Lundgren, who took on her current role as CEO in 2008, right after the Global Financial Crisis struck, told CEO Magazine.

“Steel scrap is unique as a direct indicator of industrial production and consumer confidence that is not clouded by large-scale commodity trading. The flow of material reflects actual economic activity and can also be used to interpret consumer confidence around employment—whether that means obtaining, maintaining, or even retaining a job.

“When people are holding onto their cars or washing machines longer due to economic uncertainty in their own lives, the impact on the flow of scrap becomes evident. Similarly, when the economy is growing, the flow of scrap increases, reflective of higher manufacturing, construction, and consumer spending activity.”

Schnitzer Steel Industries, Inc. is a steel manufacturing and metal recycling company head-quartered in Portland, Oregon. Founded in 1906 by Russian immigrant Sam Schnitzer as a one-man scrap metal recycler, the company went public in 1993 with a listing on NASDAQ.

Today, with $2.5 billion in revenues, Schnitzer is one of the largest publicly-traded manufacturers and exporters of recycled metals in North America. With 100 operating facilities located throughout the region, including seven deep-water ports on both coasts of the US and a retail auto parts business with over five million annual retail visits, Schnitzer’s vertically integrated operating platform also includes its steel manufacturing business, which manufactures finished steel products used in infrastructure and commercial projects.

Yet although the company is over 110 years old, things were not always so smooth-sailing. “I took over on Dec. 1, 2008, right after the crisis broke, which if it wasn’t actually the bottom of the cycle, it was millimeters away from the bottom,” Lundgren remembers. “It was a very tough time, but it was also a time in the steel industry in which a few months prior to the crisis, steel prices and demand and scrap prices and demand (CUT) had hit historic highs. Utilization in the US steel industry fell from maximum capacity to 50%.” 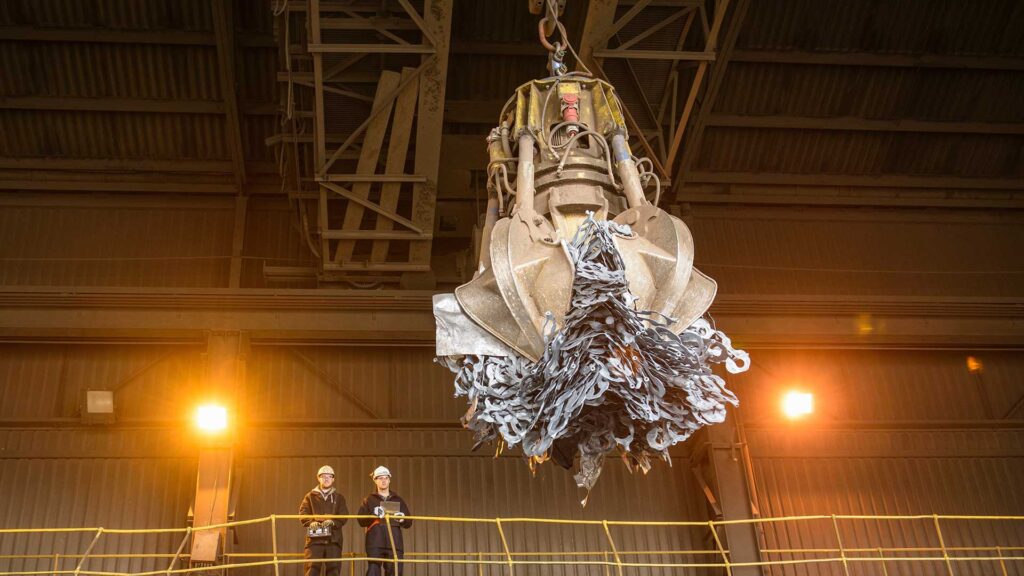 Lundgren says that when she began her tenure as CEO of Schnitzer, there were a couple of key aspects of the company she wanted to address quickly to speed along the recovery process: its organizational structure, which meant bringing together divisions that she felt operated independently of each other; the company culture, with a focus on spurring operational excellence; and growth, moving from a bottom-line focus in the period immediately following the financial crisis to top-line as the economy and the steel industry itself began to rebound.

“When I took over, our company had three divisions: a steel manufacturing division, a metal recycling division, and a recycled auto parts division,” she continued. “While they were theoretically synergistic, they operated very independently of one another, yet they were vertically integrated. There were a lot of internal synergies that were not being captured which required a renewed focus on our company’s culture. My predecessor as CEO, John Carter, had begun that under his tenure, but I wanted to further advance it with a focus on excellence, which I defined as excellence through innovation, through employee engagement, and through productivity.

“The third area was growth. Because it was a time of crisis, the focus on growth was really bottom-line productivity, cost reduction, and generating internal synergies. Once we delivered improved profits by becoming more productive and reducing costs, we shifted shortly thereafter to top-line growth.”

Lundgren cites her three current priorities at Schnitzer as processes, people, and profits, which she believes have enabled the company to differentiate itself from its competitors, improving quality, timeliness, pricing, and the ability to reinvest in the company’s operations and advance technologically.

Furthermore, the new organizational structure implemented at Schnitzer since her arrival has enabled her team to work in what Lundgren describes as a “cross-functional and cross-divisional” way, aided by the recruitment, training, and development of its employees, and the results have thus far been highly impressive.

“In 2016, we set forth a multi-year strategy to increase our volumes by 30% by the end of fiscal 2019,” she explained. “We achieved our objective one year early and have now reset and raised the bar to continue that growth—we are targeting another 15% increase by the end of fiscal 2020, and we are on track to do that. Increasing the size of our platform is the second element that’s key to growth, both our recycling platform and our auto parts platform. The third is continuing to grow through innovation, to create those new metal products that our customers are seeking.”

Lundgren cites a flexible and efficient supply chain as a key operational benefit for Schnitzer.

The bulk of their procurement is trade procurement, i.e., acquiring the scrap metal they process to sell to steel mills and smelters. The non-trade procurement is mainly comprised of the heavy industrial equipment the company uses to produce their products. “Having strategic supplier relationships allows us to innovate from a manufacturing perspective,” Lundgren insisted.

“One of our long-term operational objectives has been to continue to extract more and more metal and recyclable materials from the stream raw materials that we process. This means that there’s less of it going to landfills”.

“When we sell our products to steel mills and smelters, the metal content and its composition is very important,” she added. “Being able to meet the quality benchmarks of our customers while at the same time extracting the optimum amount of metal from the unprocessed scrap that we acquire ensures a very synergistic relationship.”

“Our company was founded 110 years ago,” Lundgren highlighted on the fundamental vision of seeing value where others see waste. “Although our processes are different today than they were a century ago and we are a much larger and more diverse organization, our focus remains the same. We are celebrating our 25th year with a listing on NASDAQ and I think understanding the importance of our industry and our company in the economy is becoming more and more central to investors, our suppliers, and our customers.”