The always controversial Larry Ellison, CTO and co-founder of the Oracle Corporation, may be facing his biggest challenge yet.

In August, three board members of tech giant Oracle delivered a letter to the Delaware Court, approving a shareholder lawsuit against Chief Executive Officer, Safra Catz, and executive chairman, Chief Technology Officer, and co-founder, Larry Ellison, regarding the company’s $9.3 billion acquisition of NetSuite in 2016. The board members, which include former US Defense Secretary Leon Panetta, originally launched the lawsuit—known in legal parlance as a derivative suit—in 2017, alleging that Oracle’s directors breached their duties by approving the deal.

The letter, sent Aug. 15, explained that there had been an attempt to settle out of court, but when that failed, the directors wrote to the Delaware Court stating that the suit be allowed to proceed.

As Reuters, which exclusively revealed the existence of the letter, stated, the lawsuit, originally filed by the Firemen’s Retirement System of St. Louis, could be a huge one: “One of the lead lawyers for the Firemen’s fund, Joel Friedlander of Friedlander & Gorris, said at a hearing in June that shareholders believe the breach-of-duty claims against Oracle and NetSuite executives are worth billions of dollars.”

A tech king under the spotlight

At the heart of the controversy stands the aforementioned Larry Ellison, who was also involved in founding NetSuite and was a major shareholder at the time of the 2016 deal. Born in the Bronx, New York City, in 1944, Ellison founded Oracle as Software Development Laboratories (SDL) in 1977 alongside Bob Miner and Ed Oates with an investment of just $2,000. Oracle, as the company was known from 1982 onwards, quickly became a successful database vendor to mid and low-range systems, competing with Sybase and Microsoft SQL Server.

Ellison would subsequently become an unlikely tech titan. Prior to founding Oracle, he had dropped out of college twice before moving to Berkeley, California, close to the nascent Silicon Valley, at the age of twenty-two. He famously made the trip from Chicago, where he was living, aboard a bright turquoise Thunderbird, thinking that both it, and he, could make a splash on the West Coast. Yet Ellison would bounce around from job-to-job, working at the likes of Wells Fargo and the mainframe manufacturer Amdahl; as he did so, he nevertheless amassed the computer and programming skills he would need at Oracle.

The turning point came when Ellison joined electronics company Ampex, where he was put to work on a contract to design a database for the CIA prophetically codenamed “Oracle.” Upon founding SDL in 1977, Ellison and his colleagues were inspired by IBM computer scientist Edgar F. Codd’s theories for a so-called relational database—a way for computer systems to store and access information, something obvious and easy today, but a revolutionary idea at the time.

Oracle’s business model was likewise ahead of its time. In the 1970s, software came bundled with PCs and there was no concept of selling software separately from hardware. No one had ever thought that money could be made from selling software alone. It’s often said that Larry was among the first people to set the ball rolling for an autonomous software industry in the 1970s. Software engineer and journalist Aditya Bhushan Dwivedi has written of Ellison:

“The entire world admires Steve Jobs. But it is Larry Ellison who Steve Jobs admired.” Mike Wilson titled his official biography of Ellison, The Difference Between God and Larry Ellison. 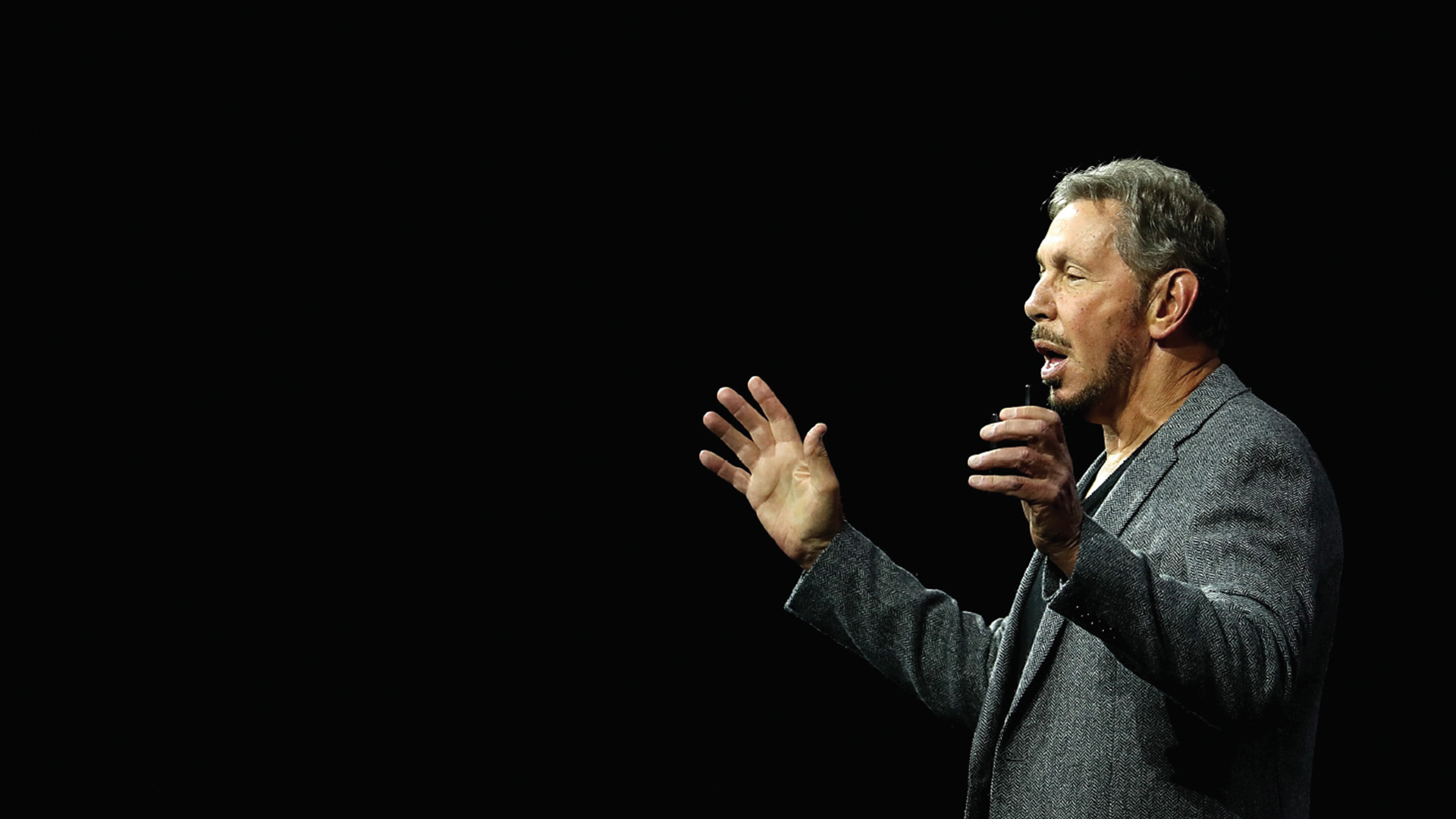 Ellison served as CEO of Oracle from its foundation in 1977 through 2014, although he is still widely viewed as the power behind the throne. During his career, he has gained a reputation as one of the most interesting leaders in tech, with a dual image as both playboy and tech king.

Ellison enjoys the good life—yachts, houses, and even a Hawaiian island (in 2012, he purchased a 97% stake in the island of Lanai for a reported $300 million)—and remains a mentor-like figure to young entrepreneurs in Silicon Valley. Ellison has other gigs outside Oracle, too. He is a noted philanthropist, donating $200 million to a cancer treatment center at the University of Southern California in 2016.

In 2010, he signed The Giving Pledge pioneered by Bill Gates and Warren Buffett, pledging to donate 95% of his fortune before he dies. In December 2018, Ellison joined the board of directors at Tesla, where he’s been a major investor, and is reportedly a close friend of Elon Musk.

Controversy, however, never been far away. In the early 1990s, Oracle had to lay off 10% of its workforce after the company allowed its salespeople to book future sales in the current quarter, resulting in multiple lawsuits, trouble with regulators, and ultimately, near bankruptcy. That same decade, Ellison’s personal and professional rivalry with Informix CEO Phil White made front page headlines in the tech world (White was jailed in 2004 after his company committed similar mistakes in its book keeping.) As of March 2019, Ellison was listed by Forbes as the fourth-wealthiest person in the US and seventh-wealthiest in the world, with a fortune of $66.1 billion.

The 2016 acquisition of NetSuite came about when Oracle found itself struggling to establish its cloud footing and believed that buying a major SaaS name it could develop its cloud business much faster.

While there have been bigger M&As in tech history, it is still one of the largest. Yet notably, a June Synergy Research SaaS market share report showed Oracle was still some way behind its competitors in cloud. NetSuite was snapped up by Oracle for $9.3bn, which equated to $109 per share—about 60% more than the $67.36 share price before the deal was revealed.

One of Oracle’s shareholders is claiming that this was a deliberate overpayment to benefit Ellison, who also had a 40% stake in NetSuite at the time. Indeed, a court was told that Oracle’s acquisition of NetSuite was a “stage-managed” process rife with conflict of interest.

The suit filed against Ellison in 2017, which also names co-CEO Safra Catz and three directors on the special committee that signed off on the merger, claimed that Ellison was able to exercise too much control over the deal—which it alleges earned Larry and his family some $4.1 billion. In oral arguments, Joel Friedlander, acting for the shareholders, said Ellison was known for controlling Oracle with an iron fist and suggested board members were unable to say no to the deal.

With the conflict between board members and Ellison, Catz, et al. currently at an impasse, at this point taking the matter to court looks to be the most likely way forward. Yet this does not mean that Oracle’s board is looking forward to a prolonged court battle. The committee says that it still believes getting the case settled as quickly as possible is the way to go, and once the court decides on a handful of key issues, the committee would like to see everyone agree on a settlement package.

Larry Ellison has faced any number of challenges and controversies in his career, and always bounced back. Yet this one may be the biggest yet. The story of one of tech’s most colorful business leaders continues. 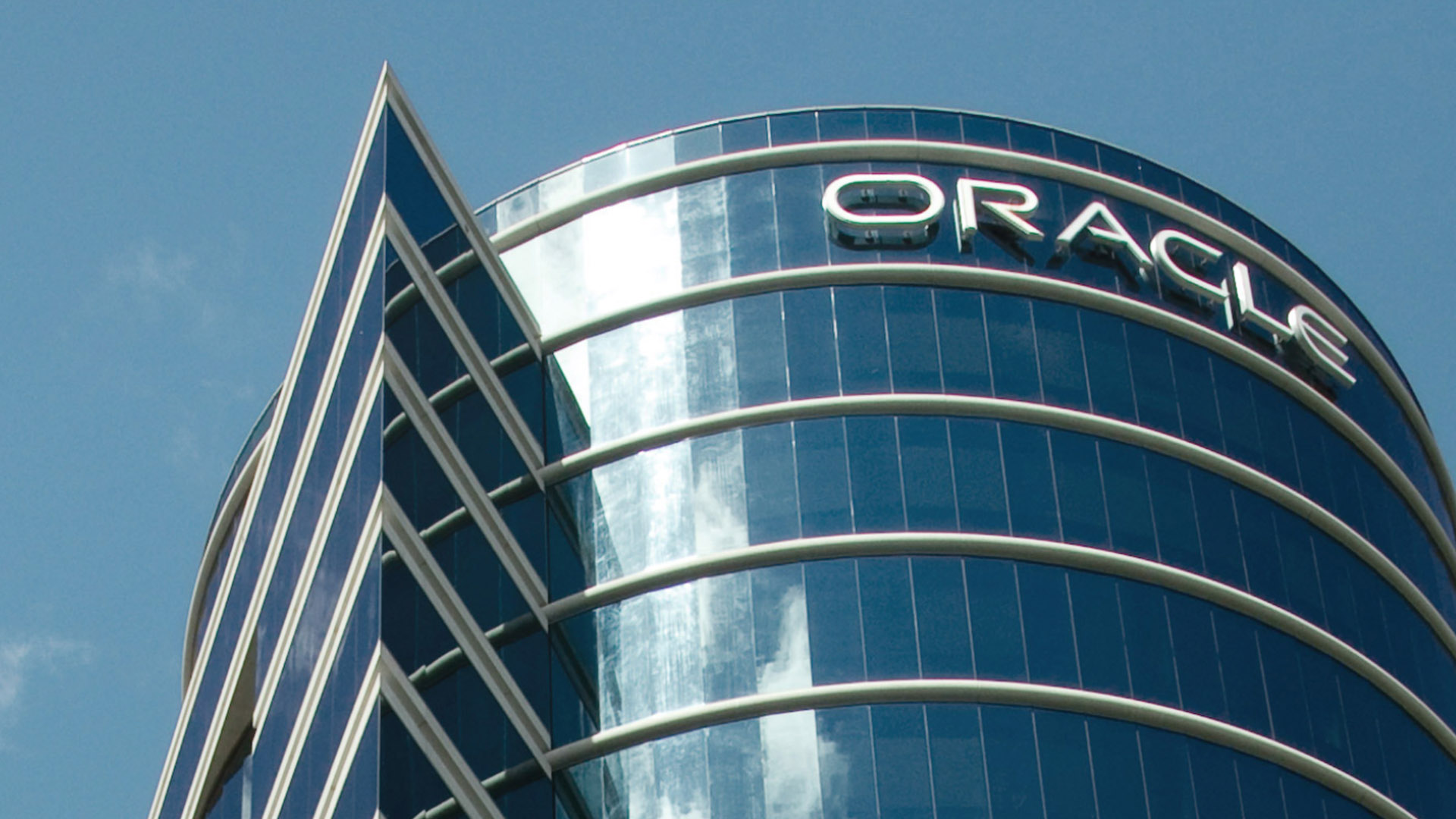