50 years after Stonewall: Where do gay rights stand?

50 years after Stonewall: Where do gay rights stand?

In the years since, progress toward equal protections for LGBT people has been remarkable and hard-won, but still geographically uneven.

In the early morning hours of June 28, 1969, at the Stonewall Inn in the Greenwich Village neighborhood, members of the LGBT community faced off violently with the city police. 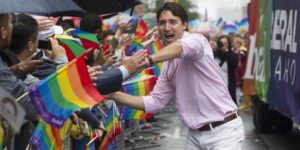 Since then, significant advances have been made in much of Western Europe and the Americas, while LGBT rights lag in most of Africa and Asia, but not enough.

Through Statista and SIGNAL, we take a look at how the gay liberation movement and the modern fight for LGBT rights in the United States have evolved.

Across the country, same-sex marriage is allowed in some states (such as New York, Connecticut, or New Hampshire), while others recognize same-sex marriages but do not perform them. In numerous other states, the issue is currently being debated, and it is expected that some of them will follow suit and either allow or recognize gay marriage in the future.

The other side of the coin

In 2019, while homosexuality is allowed in many countries, it is still punishable by death in at least ten others.

Homosexuality was already illegal in the small South-East Asian country with offences punishable by up to 10 years in prison, however, countries like Nigeria, Somalia, Qatar (which will host the FIFA World Cup in 2022), Afghanistan, Mauritania, Yemen, Sudan, and Somalia, and recently Brunei, among others, established homosexuality as an offence punishable by stoning to death. 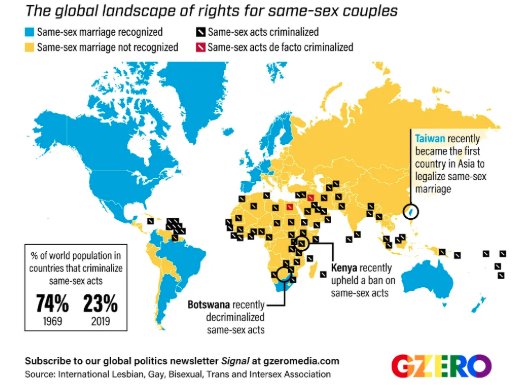 Here’s a global look at the legal environment for LGBT people across the globe, with a few recent changes highlighted.