Jazz and classical musicians’ brain activity is different —even when they’re tackling the same score.

Music is so great it can reveal brain differences. 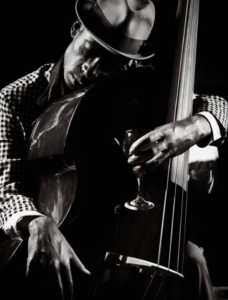 Duke Ellington’s “It Don’t Mean a Thing (If it Ain’t Got that Swing)” was first released on the Brunswick Records label on February 2, 1932. It was not the beginning of the Swing Era – Jazz fans would not see that for another three years.

Yet what the song did was to introduce the word “swing” into the popular lexicon, even if Ellington would later say that it was an accident and that “swing” was simply “Harlem for rhythm.”

Classical pianist Arthur Rubinstein often confessed a special love for Chopin’s Barcarolle, claiming that after performing the piece he invariably succeeded in seducing the most beautiful woman in the room. True, Harvey Sachs’s biography of Rubinstein tells of a man susceptible to jealousy, and with a less than immaculate pedigree as a husband and father. But in his playing, Rubinstein frequently struck gold.

Rubinstein recorded virtually all of Chopin’s works, and although his plans to record the complete Etudes were never realized, his interpretations of the Mazurkas, Polonaises, Nocturnes and Scherzos are truly priceless, a legacy that combines heroic virtuosity with an endearing touch of recklessness to con rm Rubinstein as arguably the greatest of all Chopin pianists.

He may have revisited these masterpieces on record throughout his life, seeking ever-greater clarity and refinement, yet today we can listen to first offerings that were the antithesis of sentimentality.

Both Duke Ellington and Arthur Rubinstein were prominent pianists of the 20th century, yet they were known for two very distinct genres. While the upbeat swing of Ellington’s “It Don’t Mean a Thing (If It Ain’t Got at Swing)” is the epitome of jazz, Rubinstein and his world-renowned recordings of nearly every work by Frédéric Chopin have a special place in the classical world. But the fundamental differences between these two wonderful musicians may have actually extended beyond their scores and into their brains.

New research from the Max Planck Institute for Human Cognitive and Brain Sciences in Leipzig, Germany, shows that the brain activity of jazz and classical musicians is quite different—even when they’re tackling the same score.

According to the study, it essentially comes down to different priorities, which are in turn dictated by a musician’s native genre. While the tendency towards improvisation in jazz requires an ability to adapt to unexpected musical changes, classical musicians learn to concentrate on technique so that they can perform a piece as its composer intended. 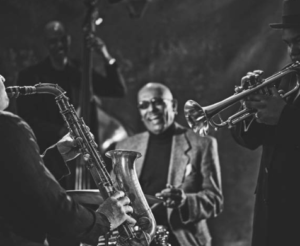 Scientists at MPI CBS observed that the brain activity of jazz pianists differs from that of classical pianists.

The team of researchers monitored the brains of 15 jazz pianists and 15 classical pianists as they performed the same chord progressions, with the caveat that each progression would include unusual harmonies and unexpected finger placements.

Using EEG sensors to record the brain’s electrical activity, the researchers discovered that when faced with an unexpected chord structure, the classical pianists experienced an increase in their brains’ theta-band activity, a type of electrical brain wave, which is typically associated with feelings of stress or conflict.

The conflictive response appeared to hamper their playing compared with the jazz pianists whose brains were able to adjust more quickly to playing the relevant chord. Bianco says the reason may be because the jazz pianists were used to harmonic surprises, and as such, could adjust their thinking and playing without hesitation. “They were kind of ready to play anything, while classical pianists would definitely expect a tonic chord at the end,” Bianco says.

Insanity in the room

Conversely, the classical pianists made fewer mistakes compared with their jazz counterparts when matching the peculiar finger placements on the chords, likely due to them being more accustomed to focusing on the technical aspect of performance. 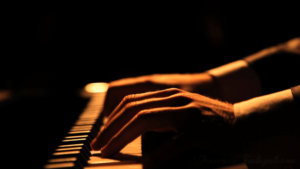 One crucial distinction between the two groups of musicians is the way in which they plan movements while playing the piano.

As the study states: “These findings demonstrate that specific demands and action focus of training lead to differential weighting of hierarchical action planning. This suggests different enduring markers impressed in the brain when a musician practices one or the other style.”

Indeed, when the experiment was over, Bianco says there were even differences in the way the musicians commented on the experience. While the jazz players remarked on the irregularities in the harmony, the classical musicians noted the odd finger placements.

There have been multiple reports documenting how musical training impacts the brain, boosting everything from memory to problem-solving capabilities. But the fact that training in different genres results in a different musical brain clarifies just how distinct these two musical styles are, and why few musicians tackle classical and jazz in the same program.

When he was asked if he would consider playing both jazz and classical compositions in the same concert, renowned jazz pianist Keith Jarrett once replied: “No, that’s what I think is hilarious. I mean, that is true insanity.”