How real is “Day Zero” for Cape Town?

How real is “Day Zero” for Cape Town?

Water in Cape Town is dropping to scarily low levels.

Government officials of Cape Town warned they could be forced to turn off the faucets on April 16, also known as “Day Zero”, as unprecedented draughts had Cape Town dangerously running dry, however, Reuters published authorities pushed back its estimate out to 2019 as dams begin to fill up across South Africa. 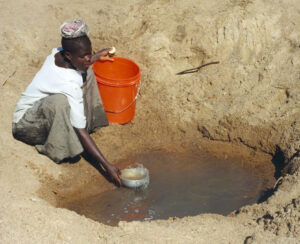 Recently, Patricia de Lille, Mayor since June 2011, said through a statement: “We are past the point of no return. Day Zero is almost unavoidable. We WILL run out of water by the end of April unless everyone reduces their water usage to less than 50 liters per person per day.”

However, dam levels have been rising across the country, and although residents have been living with stringent consumption restrictions, there is a sense of relief for Cape Town for the moment.

Although South Africa is known for its tough environmental laws and policies, three years of persistent drought, considered the worst in over a century, have made the city’s water usage go up to over 600-million liters per day, despite major efforts to bring it down below 500-million liters.

This ghastly eventuality threatened to leave Cape Town without piped water to homes, businesses, hospitals, schools and other vital institutions.

According to Piotr Wolski, member of the Climate System Analysis Group, climate models show that Cape Town is destined to face a drier future, with rains becoming more unpredictable in the coming decades.

A tough future, despite early preparations

The second largest city in South Africa is known for being widely committed to environmental protection and sustainable development.

Since 2006 when the Democratic Alliance flew into power, they worked thoroughly on sustainability reforms, specially in the city’s water conservation measures, even when population rose.

According to The New York Times, despite Cape Town swelled by 30% since the early 2000s, overall water consumption remained flat, this because many of the new arrivals settled in the city’s poor areas, consuming less water, and actually bringing down per capita use.

However, the city has struggled with major heat waves and unprecedented drier seasons, and while almost all of its water still comes from six dams dependent on rainfall, a risky situation looms down on the South African metropolis.

Cape Town: an example for the world

The shortage of water is real, and it´s happening everywhere.

As of last year, 872 cities in Brazil were under state of emergency by the federal government on account of a long period of drought.

California, for example, endured five years of record drought before last winter and have also seen a fairly dry winter so far in 2018.

According to Business Insider, in 2011, Durango, Mexico, and other sun-baked northern states of Mexico witnessed the worst drought since the government began recording rainfall 70 years ago, and events have not lightened up.

On another report by The New York Times, published February 2011, it states climate change is threatening to push Mexico City, a densely crowded capital, into a breaking point.

The time has come for cities to understand their full commitment to the water situation across the globe.

Shortage of water is a cruel reality that no region could dream to escape, and Cape Town is a major reminder that actions must continue to be decisive, firm and committed to long-term.

Cutting back water may seem like a difficult message to understand in one of the world’s most unequal societies, but the time to cherish and protect water may already be upon us.

Click here to see how the discussion for climate change went down in the World Economic Forum (WEF) meeting in Davos.