NYC: As expensive as ever

NYC: As expensive as ever

According to reporting from Bloomberg, 2019 was a terrible year for those in the business of owning and selling multifamily properties in New York City after sales of New York City apartment buildings tumbled to near-decade lows.

The dollar value of every apartment purchase fell 40%, when compared to figures from 2018, achieving its lowest drop since 2011.

This happens after investors are at war with city regulations after new rent laws flooded the Big Apple in mid-June of 2019. The decision made it almost impossible for landlords to raise rents. According to Bloomberg, in Queens, where about 67% of the units sold were under rent regulation, prices fell 7.7% to $276,261 per apartment. In the Bronx, the average sale price per unit was $171,855, down from $185,006 in 2018.

New rent rules invaded the Big Apple in mid-June of 2019, making investors look away from New York City and now dropping 40% of the dollar value of all purchases from the prior year across all boroughs, the lowest total since 2011, according to a report by brokerage Ariel Property Advisors. 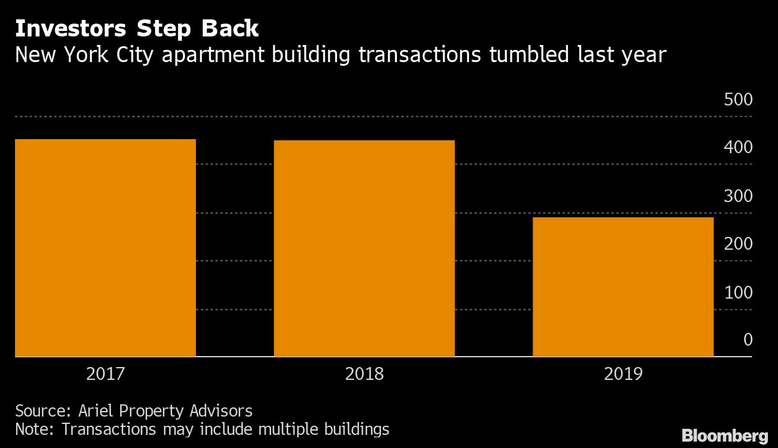