CEO Ron Clarke is focused on attracting and preparing the right people to make the right decisions.

Ron Clarke’s story is that of a big corporation executive taking his blue-chip expertise and shaping up a global organization.

From GE and Booz Allen to Automatic Data Processing, Inc.and AHL Services and then to FLEETCOR, Ron Clarke’s story is that of a big corporation executive taking his blue-chip expertise to shape up a small fleet card operator and turn it into a global organization handling billions of commercial payments across dozens of countries every year. 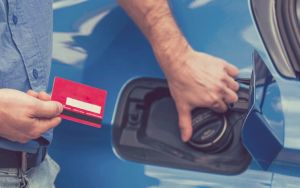 Ron Clarke will tell you he became the boss at Fleetcor, an Atlanta-based global provider of commercial payment solutions, basically by accident.

A denizen of the large corporate world, with stints at industrial technology giant GE, global consulting company Booz Allen Hamilton and other large companies, Clarke remembers getting a call from a recruiter at the start of the century —back then he managed the staffing firm AHL Services— and being offered to head a small specialty payments company just starting up.

“I wasn’t a payments guy, this was a category I hadn’t been in. I was kind of a business services guy,” Clarke reminisces. “It was just an accidental entry.”

Accidents, however, don’t remain so for 17 years and since then Clarke has taken it upon himself to build FLEETCOR into a global power-house, and from the US$25 million in annual revenue it had at the beginning of the century to the US$1.8 billion brought in last year.

FLEETCOR is the kind of company people carry around in their wallets. Their bread and butter are those payment cards that companies use to monitor and control purchases of fuel and other necessities that employees make on the road. But it has also taken them to form partnerships with the likes of oil Majors such as Shell, BP and Chevron, food and public transportation payment systems in Mexico and Brazil and even with transportation disruptor extraordinaire, Uber.

Since it became a publicly traded company on the NYSE in 2010, FLEETCOR’s business has been growing at a compound annual growth rate of around 25%. While talking to investors, Clarke says continuing this impressive growth is the plan for the future.

“We fundamentally have designed a company that’s set up to go fast and grow fast and to be in the top quartile of growth so that we can continue to attract capital. Both our track record and our plans are in place to keep growing this at 20% compounded,” he adds.

The business expansion the company has experienced goes along with that idea. As FLEETCOR has grown, it has gone beyond its original fleet fuel card business to include food vouchers, public transportation cards, toll and lodging services and other commercial payment solutions. The original business of fuel payment cards now represents around half of what the firm does.

The idea, he adds, is to “keep diversifying the kinds of commercial payments that we make, the ways in which we help companies pay for even more things, so the first plan is about expanding the game board.”

But it is not just about widening the services; it is also about expanding the geography it others them in. The second part of the expansion plan is to go to more countries.

Currently, Clarke comments, about 90 percent of the company’s business happens in the US, Brazil and the UK. FLEETCOR operates close to a US$200 million business in Britain, but in Germany —a much larger economy— the business engagement is around US$30 million.

“We would expect over the mid-term to basically have more business in places where we’re not operating in a big way today … There’re just massive amounts of market to double, triple or quadruple this company over the next five years, and the whole game is just: do we have the people to enable that growth?” The real challenge is attracting and preparing the right people to make the right decisions and keep moving forward, Clarke adds.

In the last fifteen years FLEETCOR has been anything but shy regarding acquisitions, clocking over 70 of them as it looks to shape itself into an even more important player in the payments sector.

In a company that has expanded as rapidly as FLEETCOR, one of the main challenges to a smooth development has been the standardization and centralization of support functions such as IT, finances and so on, especially since it prides itself on letting the local savoir faire dictate much of the business practices abroad.

But some measure of control and commonality are needed to secure systems and communications to prevent a hacker —for example— from making away with millions of dollars of hard-earned customers’ money.

Another area of interest is finance, Clarke says. Here, the idea is to have a shared way of interpreting costs and distributing financial support. “We have ways of studying everything in the business, like pricing, cost of acquisition, service, productivity … We have all these various metrics and ratios that we study,” he mentions. And it is important to impart those on the many new companies brought into the fold in recent years.

That kind of single focus has allowed the company to ally itself with some of the largest names in the fuel business. “We have relationships with merchants, with oil companies, with hundreds of thousands that accept our card products, where we have advantaged economics because we have so much volume. We basically win through specialization. We just out-focus and out-specialize people who try to play in our sandbox.”