One of a kind

One of a kind

Jamie Dimon is one of the most powerful people in global finance—and one of its most outspoken characters.

Featured four times on Time magazine’s list of the world’s 100 most influential people, not only is he the CEO of JPMorgan Chase, the largest of the Big Four American banks and a former board member of the Federal Reserve Bank of New York, he is also one of very few bank chief executives to become a billionaire—in part due to a $485 million stake in said company.

Yet Dimon has established a reputation beyond his profession by commenting publicly on any number of political and social issues from infrastructure spending to immigration policy. In September last year, Dimon famously told a public audience that he was smarter than U.S. President Donald Trump, and just as tough, sparking rumors that he might run for president. About this, Dimon claimed: “He could punch me all he wants, it wouldn’t work with me. I’d fight right back. And by the way, this wealthy New Yorker actually earned his money. It wasn’t a gift from daddy.”

Trump naturally struck back. “The problem with banker Jamie Dimon running for President is that he doesn’t have the aptitude or ‘smarts’ & is a poor public speaker & nervous mess—otherwise he is wonderful,” the most powerful man in the world tweeted in response.

That same night, Dimon insisted he had no intentions of embarking on a political career, jokingly saying that the outburst was proof “he wouldn’t make a good politician.” Yet the fact remains: this is one of America’s more outspoken CEOs who isn’t afraid to express his opinions and has some surprisingly progressive views on the U.S. economy and the “future of work.”

In 2010, The New York Times described Jamie Dimon as “America’s least-hated banker.” That may sound like damning with faint praise, but upon taking charge at JPMorgan Chase six years earlier, Dimon gained a reputation as a tough leader averse to the type of risks that would shortly come to wrack the U.S. financial sector.

He became known for analyzing hundreds of pages of raw financial data and schooling himself in the complex techniques employed by his traders, reeling in lending sooner than his rivals and warning shareholders of impending trouble.

JPMorgan Chase is the largest bank in the United States and as of 2018 was ranked by S&P Global as the sixth largest bank in the world by total assets, amounting to $2.535 trillion. In its current form, JPMorgan Chase is the result of several large U.S. banks since 1996, including Chase Manhattan, JP Morgan & Co., and Bear Stearns; the company’s oldest predecessor institution, the Bank of the Manhattan Company, established by Aaron Burr in 1799, was the third oldest banking corporation in U.S. history.

Naturally, given the scale of the 2008 Financial Crisis, neither Dimon nor JPMorgan Chase were immune to its fallout—to the tune of $51 billion in faulty mortgages, unpaid credit cards, and other bad loans.

Bankers subsequently became the bad guys of the U.S. economy, and Dimon was no exception, yet in 2010 he would tell a roomful of corporate clients: “I’m not embarrassed to be a banker. I’m not embarrassed to be in business.” Furthermore, JPMorgan Chase survived the crisis in large part due to Dimon keeping a large chunk of capital aside for a rainy day. The bank not only remained solvent, it stayed profitable during the crisis—and the U.S. government turned to JPMorgan twice to bail out failing rivals.

In the wake of the crisis, Dimon rapidly became the most well-known face on Wall Street. He stated publicly that bankers not only had a responsibility to help rebuild the economy, but also in coming up with reforms to the financial sector. Yet inevitably, he also had his critics, who accused him of taking advantage of the crisis to acquire Bear Stearns and Washington Mutual.

Indeed, JPMorgan Chase is now larger than ever, and in 2010 U.S. senators pushed for an amendment that would force big banks to dismantle. Dimon fought back, telling The New York Times that the demonization of the banking industry was harmful, unfair, and “leads to bad policy.” 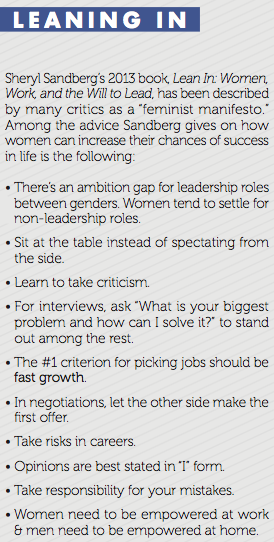 What truly distinguishes Dimon from his contemporaries is his willingness to speak out on any number of social and political issues. He has said publicly that the U.S. economy is “fundamentally anti-poor” and systematically rolls over ethnic minority groups and the economically disadvantaged, making it difficult or impossible for them to compete.

In an in-depth interview with CNN this March, Dimon stopped short of saying the U.S. was institutionally racist, but said, “If you live in certain parts of town, if you’re white or Hispanic or black, you can pretty much be left behind.”

To this end, JPMorgan Chase has unveiled a five-year, $350 million program to provide training and prepare workers for the kind of jobs that are likely to become ever more necessary to fill in the U.S. economy of the future amid the growth of technology and automation.

JPMorgan Chase has also joined some of the largest companies in the U.S., such as IBM, Google, and Apple in adopting a college-neutral position on their entry requirements, the theory being that having a four-year college degree does not, in itself, guarantee the suitability of a given job candidate. To this end, JPMorgan removed all college degree requirements from some 75% of its open U.S. positions advertised in 2018.

Notably, Dimon is also a keen believer in second chances for convicted felons. He believes that once ex-convicts have paid their debt to society by serving prison sentences, there is no need to force them into further difficulty by making it harder for them to earn an honest living.

“A lot of those people probably never should’ve have been felons, or they’ve paid their price,” he said. “They’ve got families. They’ve got kids. They can’t get credit. They can’t get a home. They struggle to get a job. And they deserve a second chance.

When Jamie Dimon teased a presidential run last September, it sparked a divisive response, with some baulking at the idea that a billionaire banker might possess the necessary qualities to hold the highest office in the land. It remains unlikely to happen.

Yet Dimon is that rare CEO who won’t keep quiet on the issues he believes in—and a power player who speaks a language that every day citizens can understand.