Facebook COO Sheryl Sandberg has run the PR gamut from feminist spokesperson to scapegoat amid scandal.

Sheryl Sandberg is frequently referred to as the real brain behind the Facebook empire, the adult supervisor to CEO Mark Zuckerberg, and the public relations face of the company. 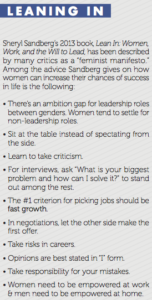 She is also widely considered to be one of the most powerful women in the world, a billionaire who has made the Time 100 list of the world’s most influential people. Her book, “Lean In: Women, Work, and the Will to Lead“, has sold over 2.25 million copies worldwide. Yet like the rest of the Facebook family, Sandberg has come in for her fair share of criticism over the past year amid allegations surrounding the company’s role in the 2016 U.S. election, user privacy concerns, the firm’s advertising-driven business model, and censorship.

A rough ride for Facebook means additional scrutiny on Sandberg as well, whom many observers insist has been every bit as important to the company’s success as Zuckerberg himself.

Heading for the top

Two years later, she enrolled in Harvard Business School and earned her MBA with highest distinction. Amid a period in which the lack of women in business leadership roles has been much debated, the world appeared to be Sandberg’s oyster.

Between 1996 and 2001, Sandberg worked for her former Harvard mentor and then U.S. Treasury Secretary Larry Summers in the Bill Clinton administration, yet the tech world beckoned. Sandberg first worked for Google, where she was responsible for online sales of advertising and publishing products, as well as for sales operations of Google’s consumer products and Google Book Search.

Then came the opportunity to be Facebook’s first Chief Operational Officer—legend has it that Mark Zuckerberg hadn’t even been looking for a COO when he met Sandberg by chance at a party in 2007, but was sufficiently impressed to offer her the role.

Sandberg’s first task was to figure out how to make Facebook profitable. She has written that before she joined, the company was “primarily interested in building a really cool site; profits, they assumed, would follow.”

By spring 2008, the company leadership had agreed to embrace ads provided they were “discreetly presented,” and by 2010, the company was indeed profitable with revenues of over a billion dollars

Sandberg’s role would expand to include overseeing the firm’s sales, marketing, business development, human resources, public policy, and communications. She became the first female member of Facebook’s board of directors in 2012. 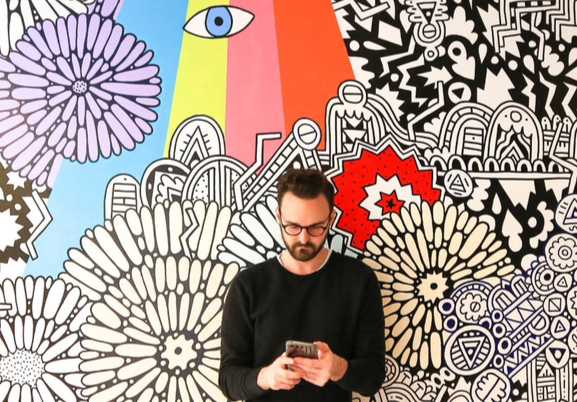 A role model to others

As one of relatively few female corporate executives in the U.S., and one of even fewer in the tech industry, Sandberg has long stood out as an example of a high achiever who broke down preconceptions of women in the workplace and also been an outspoken champion of women’s rights.

In 2013, she published the bestselling book “Lean In: Women, Work, and the Will to Lead“, which focuses on issues such as the lack of women in government and business leadership positions, and feminism, and which has since sold over 2 million copies.

In the book, Sandberg argues that there are still barriers to prevent women from taking leadership roles in the workplace, barriers such as discrimination, blatant and subtle sexism, and sexual harassment. Yet she claims there are also barriers that women create for themselves through internalizing systematic discrimination and societal gender roles. Sandberg argues that in order for change to happen, women need to break down these societal and personal barriers by striving for and achieving leadership roles—the eponymous “leaning in.”

Sandberg has also tried to inspire women globally. In 2015, she signed an open letter published by the ONE Campaign addressed to Angela Merkel and Chair of the African Union Commission (AU), Nkosazana Dlamini-Zuma, urging them to focus on women as they served as the head of the G7 in Germany and the AU in South Africa respectively, with the goal of seizing the priorities for development funding before the UN.

Yet as one of the most powerful women in America, Sandberg has naturally come in for her fair share of criticism, both in terms of business decisions she has taken at Facebook and her public image in general.

Some feminists blasted her book Lean In as “too elitist” and claimed Sandberg was “tone-deaf” to the challenges facing ordinary women lower down the economy, although her supporters claim she makes clear reference to women of different socioeconomic backgrounds.

Then came the 2016 election scandal that shook up Facebook as a whole. According to The Wall Street Journal, during a meeting of the company’s leadership Mark Zuckerberg blamed Sandberg personally for the outcome of the Cambridge Analytica scandal, stating that Zuckerberg “blamed her and her teams for the public fallout over Cambridge Analytica,” and that Sandberg “confided in friends that the exchange rattled her, and she wondered if she should be worried about her job.”

By late 2018, investors were openly discussing the possibility of Sandberg’s tenure at Facebook coming to an end.

Others reasoned that the problems at the company are much broader. Ultimately, Sandberg answers to Zuckerberg. He effectively controls the company, thanks to the voting rights his Facebook shares give him, and can and does direct the firm as he sees it.

But more to the point, Zuckerberg is the one who determines how much of the company’s resources and engineering personnel to devote to particular efforts or projects.

Thanks to the stream of recent scandals afflicting Facebook—and the company’s responses, which have increased costs and decreased user growth—its stock has been hit hard in recent months. Whatever happens, the next couple of years promise to bring significant change at the company.

Whether Sheryl Sandberg will be part of that transformation or not remains to be seen, but the mark she will have left on the social media giant is indisputable.

Sheryl Sandberg lost her husband unexpectedly during a vacation together in 2015.

She turned that terrible experience into her book, which reaches out to you and serves as a functional guide to healing our hearts and finding out that resilience is not something you have, but something you build.

You can read more about her resilience by clicking here.