2019’s International Day of Women & Girls in Science reveals there’s still much to be done for women in science.

Science and gender equality are both vital for sustainable development, yet women continue to be underrepresented in science.

In an aim to promote women’s access to this branch under equal conditions, the International Day of Women and Girls in Science, celebrated each year on 11 February, was adopted by the United Nations General Assembly to promote full and equal access to and participation in science for women and girls.

From promotion to bettering work-environments, much has to be done

Less than 30% of researchers worldwide are women.

Despite the fact that college enrollment has declined for a sixth straight year, women are enrolling more than ever, but not really pursuing careers in research.

But those who do enroll face other significant challenges like isolation, hostile male-dominated work environments, ineffective executive feedback, and a lack of effective sponsors.

Data from Catalyst reveals women who start out in business roles in tech-intensive industries leave for other industries at high rates—53% of women, compared to 31% of men. And experiences are decisive factors.

Almost one-third of women in the United States (32%) and China (30%) intend to leave their SET jobs within a year.

The day is a reminder that women and girls play a critical role in science and technology communities and that their participation should be strengthened.

The celebration is led by UNESCO and UN-Women, in collaboration with institutions and civil society partners that promote women and girls’ access to and participation in science.

Encouraging girls to study the STEM fields – science, technology, engineering, and math – is critical to our future. 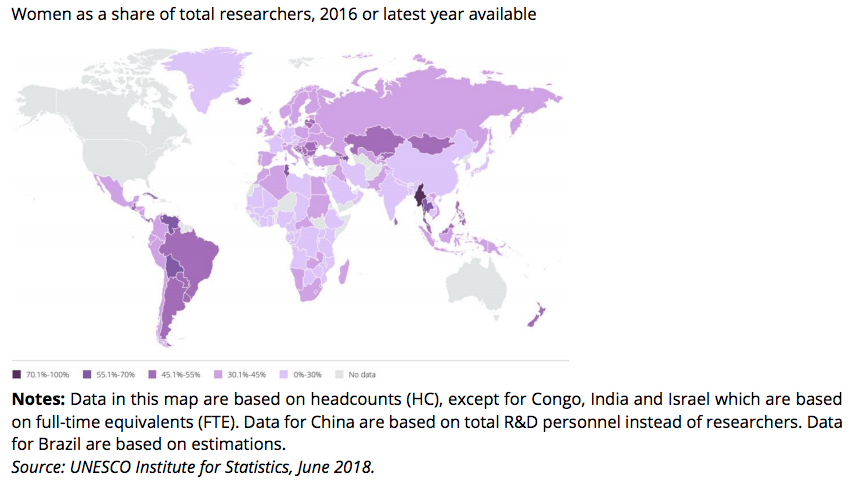