Sears Holdings Corp., once a retail titan in the U.S., has filed for Chapter 11 bankruptcy.

The company that once dominated American retail files for bankruptcy.

Sears has failed so far to work out a deal with Eddie Lampert, CEO and largest shareholder of the company, to sell more assets and restructure its debts. As these heavy losses compile, the large retailer may not have enough to make the payment on time.

Sears did not immediately respond to requests seeking comment, but it did contact financiers to secure potential financing to operate in bankruptcy.

After filing for bankruptcy, Sears plans to close about 142 of its 700 stores by the end of the year, throwing into doubt the future of the century-old retailer that once dominated U.S. malls but has withered in the age of internet shopping.

Sears, a company with over 70,000 employees, has not turned a profit since 2011, and critics say Lampert let the stores deteriorate over the years, even as he bought the company’s stock and lent it money, making him its largest shareholder and creditor, according to Reuters.

The change to digital, a challenge

Despite several hundred store closures in recent years, Sears Holdings still had 506 Sears locations, including 482 full-line department stores, as well as 360 Kmart stores, according to an Aug. 4 public filing.

Sears struggled to battle digital competitors as it failed to invest in stores and e-commerce.

According to Bloomberg, Eddie Lampert has been using his own money for years to keep Sears afloat. The 125-year-old retailer, based in Hoffman Estates, Illinois, has relied on piecemeal deals and infusions from the hedge fund manager to offset billions of dollars in losses. It has shuttered hundreds of money-losing stores, and it promised to close an additional 150 this year.

“The challenge for us internally … is to be able to demonstrate to the world that what [Sears has] built is something that can stand up against the best competition that’s out there.

Clearly we have our challenges. Every time people use the word bankruptcy, somebody who reads that doesn’t get past that word. It makes it very unfair for us, and it’s a very uneven playing field for us.

We’re fighting like hell to change the way people do business with us.” 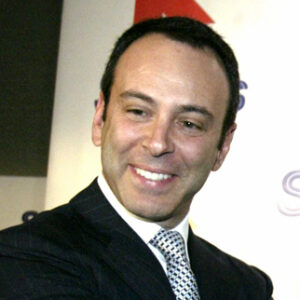