Just checking the box won’t result in true board diversity

Just checking the box won’t result in true board diversity

The demand for diversity in America’s corporate boardrooms has grown exponentially louder, but there’s much to be done.

Companies love promoting diversity, but the facts tell another story.

Major corporations have been publicly skewered by their own employees and shareholders, customers, legislators, and the media for the stubborn uniformity of their boards.

The demand for diversity in the boardroom has grown exponentially louder in recent years; many companies have promised to do better, and a few have actually done so, either because it’s the right thing to do, or to alleviate a PR nightmare—or both.

The bad news however, is that despite public outcry and hand-wringing, little has actually changed.

In fact, boards remain frighteningly homogenous. In 2017, Deloitte found that just 14% of board seats in the Americas are held by women, up just slightly from 12% in 2015. And the proportion of female board chairs— which is less than 4%—did not change during that time.

Moreover, a 2016 study of the S&P 500 boards found that the number of new African-American, Latino, and Asian board members had actually decreased from the year before.

Perhaps unsurprisingly, companies that have been publicly traded for more than 50 years have the least age-diverse boards.

The problem is that some boards attempt to become more diverse by merely checking the box rather than seeking to change boardroom culture. We have seen examples where a board pointedly searches for one or two “diverse” candidates in order to claim victory in the fight for diversification, and then calls it a day.

Other times, companies will take extra credit when a new board member belongs to multiple underrepresented groups—after all, appointing a Latina, for example, means the board can claim to have both a person of color and a woman.

Boards that fail to make diversity a top priority today are setting them- selves up to be tomorrow’s target of public outrage—an outrage that can cause significant reputational and financial harm to the business.

More importantly, a board without diversity misses out on the rich variety of perspectives and ideas that come from the inclusion of individuals who each bring something unique to the boardroom. Real, sustained diversity begins with changing the pipeline of board candidates and the way they are nominated and seated.

First, the board must identify a search rm with a strong board practice and a documented track record of diverse board placements. Don’t settle for assurances from a search rm; ask for placements and references.

The board, not management, should meet with the search rm to explain its commitment to diversity and clearly share its expectations regarding the desired board candidate pro le and candidate slate. 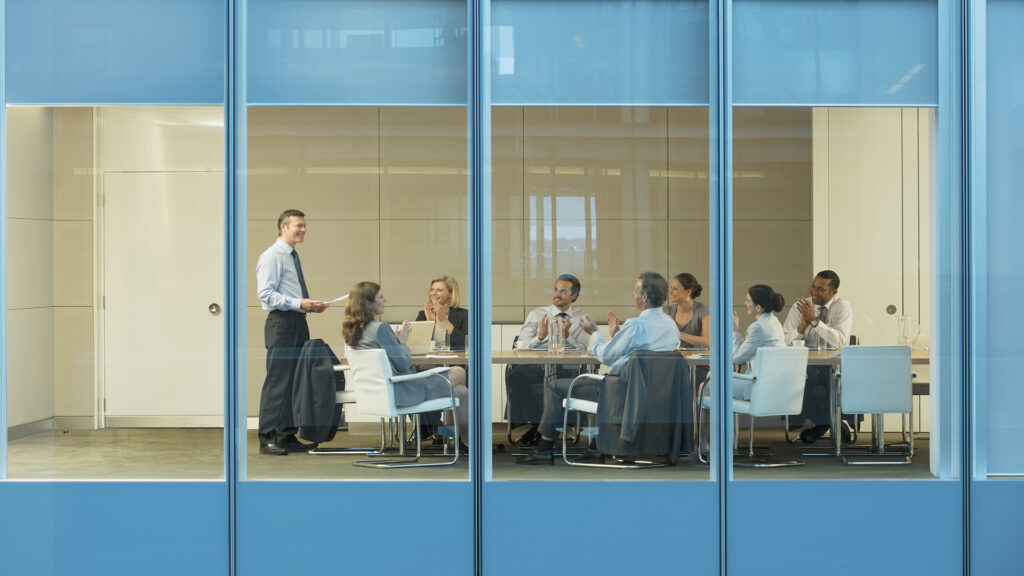 Especially in industries that historically lack diversity, the board must think outside the box in terms of qualifications that would be deemed acceptable to serve on that particular board.

Second, beyond the initial goal-setting that must occur with each and every board search, the board must also hold the search firm accountable with respect to producing a diverse slate of qualified candidates.

If the search firm produces a candidate slate with either token or no diversity at all after committing to prioritizing diversity, the board should not accept any excuses and either require the firm to go back to the market or look for a new search rm immediately.

Third, the board should make public its commitment to diversity—one that goes beyond a vague promise to increase the number of women and minorities on the board in the future.

In order to hold itself accountable for delivering on its diversity pledge, the board should also consider publishing information on the number of candidates who were interviewed for each new seat, including a breakdown by age, gender, race, and ethnicity.

“Just 14% of board seats in the Americas are held by women, up just slightly from 12% in 2015. The proportion of female board chairs did not change during that time.”

These are the types of questions the board should be asking both its members and the search firm:

Boards could also make public their relationship with and support for groups that focus on connecting women and other under represented populations to board service opportunities.

Disappointingly, increased public awareness and damning statistics have not been enough to spur each and every board to correct its lack of diversity. But the cultural shift and public backlash against companies that remain overwhelmingly white and male is not going away.

Sooner or later, even the most parochial board-rooms in corporate America will have no choice but to pay attention. Boards that lead the way—those that take concrete steps toward changing the composition and culture of their membership—will not only be doing what is right for the company, but what is most rewarding for the corporate bottom line.

Boards that fail to act will ensure that sooner or later, their companies will be left behind.

*Suzanne Folsom is a Board Director at Advanced Metallurgical Group and at VELUXE, and the former General Counsel, Chief Compliance Officer and SVP of Government Affairs at United States Steel.  Deborah Ben-Canaan is a Partner at Major, Lindsey & Africa, and leader of its Washington, D.C. In-House Practice Group.