Data from the National Christmas Tree Association of America shows how the sales of real and plastic trees compare and endure a decade-long shortage.

While some families battle to find the perfect Christmas Tree, numerous others have it stored in their attic.

A December 2 poll from YouGov of more than 13,000 Americans finds that just under one in seven (15%) Americans will be bringing a real Christmas tree into their home this holiday season, and while sales of real trees have remained fairly stable, according to historic data from the National Christmas Tree Association of America (NCTA), the trend of turning to plastic has been growing steadily in the country. 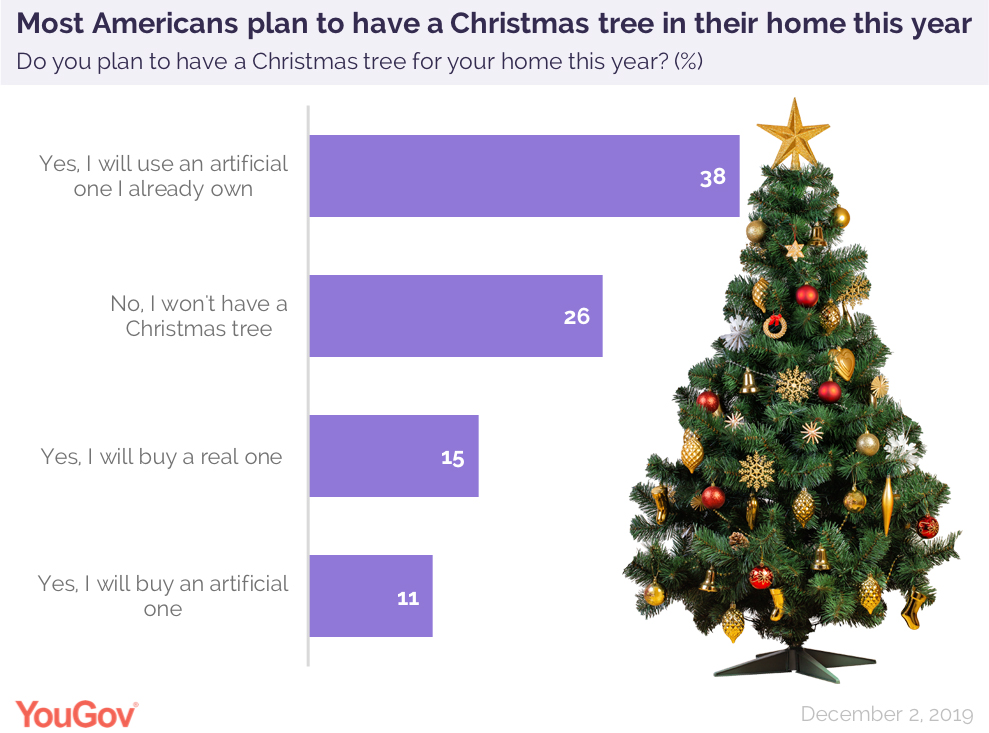 There’s little seasonal cheer in the air for consumers hunting the perfect Christmas tree as prices are through the roof due to a shortage that can be traced back to the 2008 financial crisis.

Paul Quinn of RBC Dominion Securities told CBC News that the Great Recession put thousands of US Christmas tree farmers out of business, resulting in far fewer seedlings being planted. As the trees have a maturity cycle of 10 years, the lack of supply is only just beginning to be felt, pushing up US demand for trees from Canada and causing higher prices for consumers across North America.

The US National Christmas Tree Association says the average price of a tree rose to US$78 in 2018 from $35 in 2013. Prices are also rising domestically in Canada, with demand up by an average of 15% annually over the past five years. In central Canada, a conifer can go for between CA$50 and $90.

Jimmy Downey, head of the Christmas tree producers association in Quebec, told CBC News that consumers deterred by the high prices may have to make do for timber that’s shorter, scragglier, or a notch below the so-called “Cadillac” varieties of Christmas tree, like the much sought after Fraser fir.

The supply shortage is expected to last at least a couple of years.